The best surf movies of all time 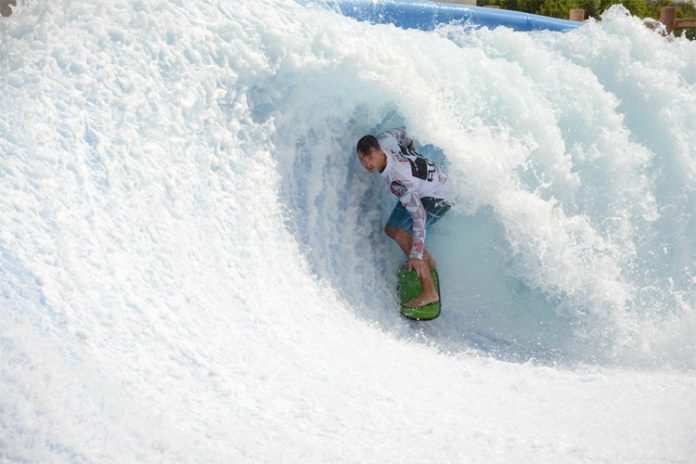 Welcome to the list of the best surfing films of all time. Surf movies are a sub-genre of sports and travel films. More than 1,000 surf flicks have been released since the 1950s, the decade when surfing and cinema met on the sunny shores of California.

The best surfing movies of all time have a few things in common: the sense of freedom, blue and dreamy waves, surf trips, and endless moments of fun. In other words, surfers enjoy watching what pleases them aesthetically.

Thomas Edison was one of the first to get surfing into a film. In 1906, the American inventor captured a dozen surfers riding small offshore rollers at Waikiki Beach, in Honolulu, Hawaii.

But that was just the beginning. In the next 50 years, the outdoor activity became a popular sport in Hawaii, landed on the West Coast of USA, and the surf culture started building its proper foundations.

For obvious reasons, the surf movie movement has its roots in California. In the early 1950s, a 16mm camera cost around $50, and many young surfers-artists wanted to try something new and different.

When the sport of gliding across the waves gained traction in Mainland US, independent filmmakers thought of documenting it by exploring the connection between an outdoor lifestyle, nature, and the sense of freedom that surfing provided.

Bud Browne was a pioneer surf movie director. He started shooting the curl in the 1940s while visiting Hawaii, and released his first commercial film, “Hawaiian Surfing Movie,” in 1953.

Browne charged 65 cents for 45 minutes, and he had 500 people watching his first work at John Adams Junior High School, in Santa Monica, California. His first debut film impressed the spectators, but mostly it created an endless world of commercial opportunities for the movie industry.

The answer was quick. Six years after “Hawaiian Surfing Movie,” Hollywood tests the beach party concept with “Gidget.” The movie was an enormous box office hit.

By that time, John Severson, Bruce Brown, and Greg Noll were already exploring the format, using and mixing short action moments, and short interviews, with feel-good and comedy sketches.

To film surfers in the waves, you need more than just perfect offshore conditions and pro athletes; to produce a surf flick that will be remembered, you need creativity, originality, and ingenuity.

So, when the ocean’s flat or when we need extra adrenaline to pump ourselves up and get the blood flowing in our salty veins, there’s nothing like picking up our favorite surf movie and getting inspired.

SurferToday selected the ultimate surf movies. The waves, the photography, the story, the surf spots, the surfers and the spirit are always present in these films.

Get and watch the ultimate surf movie collection curated by our panel of experts. The following surf flicks are sorted by date of release:

For many, it is the most important surf movie of all time. Mike Hynson and Robert August embark on a surf trip around the globe. They visit and  Australia, New Zealand, Tahiti, Hawaii, Senegal, Ghana, and South Africa. Directed by Bruce Brown.

One of the most iconic surf movies of all time. Shot in Australia, Bali, and Hawaii, the film portrays the spiritual connection between surfers and Nature. The soundtrack is mind-blowing. Directed by Albert Falzon.

A major movie in the history of surf culture. The viewer is invited to follow George Greenough, as he rides the barrel with a waterproof housing strapped to his back. The music in the film includes Pink Floyd. Directed by David Elfick.

Three friends – Jan-Michael Vincent, William Katt, and Gary Busey – make the always complicated transition to adult life with surf trips, parties, marriage, and eventually the Vietnam War. But the “Great Swell of 1974” brings them together. Directed by John Milius.

Rick Kane dreams of becoming a professional surfer. He decides to travel from Arizona to the North Shore of Oahu to follow his heart. The movie features a few pro surfers including Shaun Tomson, Gerry Lopez, Laird Hamilton, Mark Occhilupo, Mark Foo, Derek Ho, Ken Bradshaw, and many others. Directed by William Phelps.

A smart sequel in which Pat O’Connell and Robert “Wingnut” Weaver revisit the spots where Mike Hynson and Robert August were happy back in the 1960s. The funny scenes continue to entertain. Directed by Bruce Brown.

Australian surf legend gets the recognition he deserves in a full-throttle surf movie. Mark Occhilupo won the 1999 world surfing title, and his comeback inspired many surfers from all over the world. Directed by Jack McCoy.

Rob Machado, Kelly Slater, Brad Gerlach, Shane Dorian, and others spend 18 months chasing the best waves on the planet. Each frame is a photographic delight, and the whole film depicts the elements like never before. Directed by Jack Johnson, Emmett Malloy, and Chris Malloy.

Kelly Slater and friends embark on a free surf trip to the coast of Sumatra. Luckily, they are greeted by flawless waves in the Mentawais. The movie also showcases bodysurfing and river surfing. Directed by Jack Johnson.

The film is universally known for its opening sequence, in which Mike Parsons defies an incredibly huge wave at Jaws, Maui. Brad Gerlach, Flea Virostko, Barney Barron, Layne Beachley help make one of the most popular surf movies of the 21st century. Directed by Philip Boston.

A film that captures the true essence of surfing. Tyler Hatzikian shapes a single fin, yellow longboard and shares it with friends across the globe. The board travels to Australia, Japan, California, and Hawaii. Directed by Jason Baffa.

The son of “The Endless Summer'” Bruce Brown makes waves in the surf movie industry with a $2.5 million budget project. The blockbuster film was shot in Pipeline, Cortes Bank, and Vietnam. Taj Burrow, Layne Beachley, and Laird Hamilton are some of the stars of the documentary. Directed by Dana Brown.

The movie that confirmed Andy Irons as one of the best surfers of all time, and introduced Australian free surfer Dave Rastovich to the world. Expect plenty of spectacular angles and blue barrels. Directed by Jack McCoy.

Narrated by pro skateboarder Stacy Peralta, the film showcases Greg Noll, Laird Hamilton, and Jeff Clark, Mickey Munoz, and others riding giant waves. However, the 101-minute movie also chronicles the evolution of the sport through time. Directed by Stacy Peralta.

A documentary about the Maroubra surf gang Bra Boys. Narrated by Russell Crowe, the movie unveils the story of the Abberton brothers, three surfers deeply involved in the stories of violence that took place in Sydney’s suburb in the 1990s. Directed by Sunny Abberton and Macario De Souza.

A complete lesson about surfing, its history, and the spirit of wave riding. Directed by Jack McCoy.

Pro surfer John John Florence spent three years capturing the some of the most incredible swells on the planet and delivered the first surf film shot in 4K. A beauty from start to finish. Directed by John John Florence.