America’s Cup: A far-off dream but a great challenge 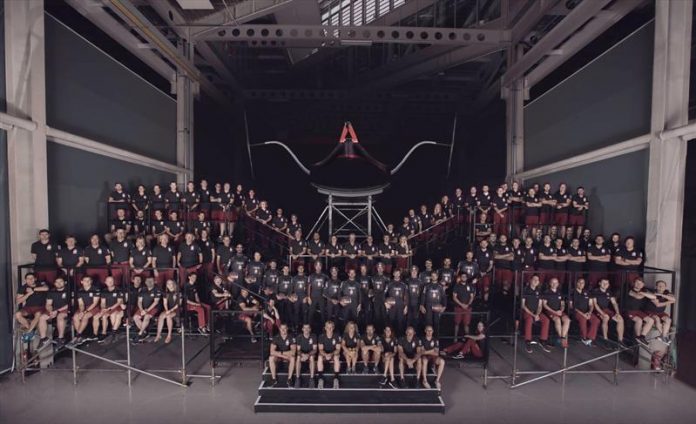 The America’s Cup defenders are doing all they can to stay clear of the coronarivus.

“We will come through this and we will all be stronger for it. At times like these we all need a light at the end of the tunnel and, for us, that’s the America’s Cup.”

Those are the words of Ben Ainslie, four times Olympic gold medallist, as he looked out from his study on the Isle of Wight, straight out to the sea. The British sailor was feeling the eeriness of the quiet. The stillness that is normally such a soothing solace from the bustle of the world, has become in these pestilent times something more threatening, a sign of solitude and separation, perhaps even of death.

Sir Ben Ainslie has proven a great addition to the SailGP ranks as he mixes that series with his British challenge for the America’s Cup.

And if such fancy seems like a far off dream right now, a challenge that we might not even reach, then surely it is a good challenge. Surely we can take something from so many of these brilliant sailors who overcome the most ridiculous odds, often grappling with death and loneliness whilst hanging off the side of a moaning mast over a seething sea.

We can take some spirit from Conrad Colman, ‘the crazy Kiwi’, who somehow got to the finish line of the last Vendee Globe. During the race he was tossed overboard when the lazy jacks supporting his efforts to fix his sail broke. His auto piloting was disabled when a fire broke out on board.

He was down to his last set of sails for the last third of the race. And then three days from the finish he lost the yacht’s mast when a pin failed.

Inspirational Kiwi sailor Conrad Colman on board the Foresight Natural Energy. He is the first Kiwi to complete the Vendee Globe, a non-stop solo round-the-world yacht race.

He said; “When the rig came down, with less than a thousand miles to go, I was a hair’s breadth away from chucking it all in because I thought that I had given all that I could give. Anyway, it was a revelation to see just how much we can put up with and still come back and finish.”

We can put up with a lot. The Aussie sailor Jon Sanders is currently on his eleventh circumnavigation of the globe at the age of 81. He is just heading past Puerto Rico. Why, you may ask. Why not, he would say. There’s no point waiting for death when you have had open heart surgery. Sanders once sailed round the world three times in a row. Well, he had already done it twice, might as well make it thrice.

Sir Ben Ainslie says we will all need light at the end of the tunnel.

“It gives me something to do and it’s because I can.”

‘Because we can’ has always seemed like a good motto for New Zealand, with its slight echoes of Edmund Hilary. It was a crushing blow to lose the America’s Cup in 2013 having held a seemingly unsurpassable 8-1 lead with just one more point needed for victory. But Team New Zealand came back four years later and trounced Oracle 7-1. Because they could.PauseMuteCurrent Time0:06/Duration Time1:09Loaded: 0%Progress: 0% Quality LevelsFullscreenSUPPLIEDTeam NZ show off the America’s CupSUPPLIED

Members of Team New Zealand were in Feilding to show off the America’s Cup.

There was so much genius on that team. I’m not just talking about the fancy sailors with their perma tans and salty hair. I’m talking about the back room boys. The geniuses who built the boat and came up with the cyclors and amazing daggerboards and kinky foils and who put an x-box type console into the hands of Glenn Ashby so he could control the shape of the wing at a touch.

At times like this, you just know these people will come to our aid if we send out an SOS. In Britain many of the forces behind Ainslie’s America’s Cup challenger boat have come together. Design coordinator Jonathan Nichols and head of simulation James Roche have been working with scientists from Imperial College, to design new ventilators. The boat’s sponsors Ineos are building three new sites to manufacture hand sanitisers.

I have no doubt that the brains behind New Zealand’s boat can come up with fabulous ways to augment the 700 or so ventilators that there are in this country should we need them.

Elegance in the style choices, harmonious both internally and externally, in which classic and modern style elements are based, thus emphasizing exclusivity and...
Read more
Sailing Yachts

In today’s world of foiling mania Hugh Welbourn’s latest DSS Infiniti 52 is expected to be out and winning big IRC and...
Read more
Sailing Yachts

Southern Wind 100 L’Ondine Triumphs in the Round Gotland Race

An iconic 100-footer built by Southern Wind in 2009, L’Ondine has placed first in a fleet of ninety-three boats to win the...
Read more
Sailing Yachts

The Hanse 460 marks the launch of a new model range that combines radically innovative design with traditional Hanse values such as...
Read more
Sailing Yachts

The record breaker changing the rules of the sailing world

Nautor’s Swan is officially presenting the ClubSwan Yachts flagship, one of the most eagerly awaited yachts of all time: the ClubSwan 125. The...
Read more
- Advertisment -

While Cowes Week is taking centre stage on the Solent at present, final preparations are being made for Sunday's start (8th August)...
Read more

Technohull is getting ready to participate in style at the 2021 Olympic Yacht Show (1-5 October 2021). In fact, eight models will...
Read more
Load more