Gladwell’s Line: Little wriggle room with Cup – the show must go on 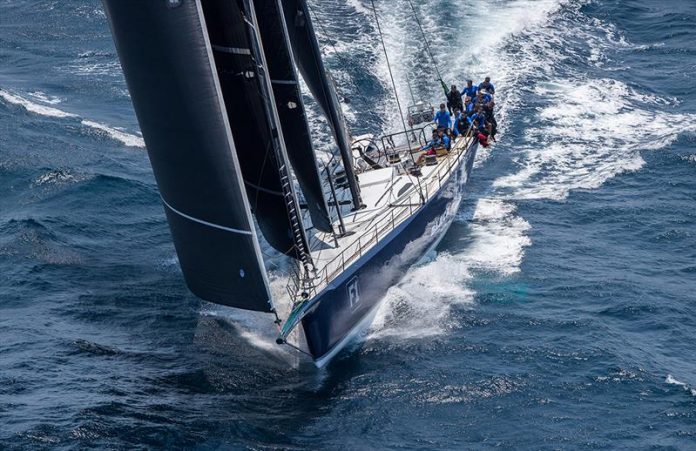 The cancellation of the America’s Cup World Series regattas in Cagliari and Portsmouth was a foregone conclusion – it was just a matter of bringing the “force majeure” phrase into the shutdown terminology to avoid lawsuits over the cancellation of contracts and the like.

It is not certain that there will be additional America’s Cup World Series regattas in Auckland. In an interview we conducted last night, with INEOS Team UK’s Ben Ainslie, he was looking for some certainty about when the Challengers would be allowed into Auckland. Given that would be in August/September his view was that the Christmas Regatta could continue, but that the Prada Cup timetable should be compressed. However, he was keen for all the teams to get together and work out a solution that worked for everyone and New Zealand.

We’ll have the full interview up in a day or so.

There is little chance of the Cup, in Auckland, being postponed. The Ocean Race is booked for a stopover in Auckland the following year in February/March 2022 – with 20 boats registered as entries in the two fleets – well up on the six and seven boat fleets that have stopped over in Auckland in the previous four editions of the former Volvo Ocean Race. Those boats will need the facilities used by the America’s Cup fleet in January-March 2021.

The following year, 2023 there is a reasonable possibility of an even bigger round the world race fleet being hosted in Auckland – currently with 34 boats as paid entries.

Unfortunately with round the world race fleets exiting Auckland, because of the earlier onset of winter in the Southern Ocean, even leaving in Auckland in March is pushing the limits. Otherwise, the fleet does get exposed to some horrific storms sweeping the Roaring Forties – one of which took the life of John Fisher on March 26, 2018, 1500nm from Cape Horn.

Auckland and New Zealand have already invested in the America’s Cup facilities, the construction of which is running to plan and under budget.

In early February I spent a few hours with a French film crew on one of the Sail NZ as part of a documentary on New Zealand and its tourist attractions. They had been filming for a week, the thrust of the documentary focused on the history of navigation in NZ, was expected to pull an audience of 250,000-300,000 per episode in France/Germany before going on demand.

The producers claimed many people “act on the recommendations and travel to the destinations featured.” That is a fairly typical scenario and no different really from what the West Australian Tourist Board did in 1986-87 using the America’s Cup to pull many overseas journalists (not sailing media) to cover the event and the State’s tourist attractions in their publications. It is coverage that money can’t buy and has an impact that lasts to this day.

Remember the beautiful Indian Ocean, the white sand beaches, the plunging bows, the watering holes around the old Fremantle town? All part of the best America’s Cup ever.

These events are hugely influential – if used the right way – and New Zealand is fortunate to have at least two of them coming through in successive years.

There is plenty happening in the sailing world – even during a global lockdown.

In this issue we feature KZ Marine, developers of the KZ Racefurler – which is a story typical of many Kiwi marine enterprises. KZ Marine have been developing racefurlers for the top end of the racing fleets, and have opened up a good, high profile niche market that has been greatly assisted by the development of high-performance yachts, often short-crewed, with multiple furling headsails. Three of the four America’s Cup teams in Auckland will be running KZ Racefurlers, including American Magic (above).

We have two parts of a multi-part story on The Ocean Race, which many will be surprised to hear has attracted 20 registered entries – who have paid a €5,000 Registration Fee to be part of the mix for the next edition of the race which gets underway on October 2021.

While many measure the interest in The Ocean Race by the number of new boats in build, a key part of the choice of the IMOCA60 was to be able to use the boats for multiple and different races.

As Race Director Richard Mason explains there is a significant cost differential between building a new boat and chartering one that has sailed a Vendee Globe and is well run-in, plus there is a full inventory of performance data gained from a round the world race and not just zipping up and down off the French coast.

While many will pour cold water on the chances of sailing campaigns picking up sponsorship in the new, maybe uncertain economic environment, it is one of the truisms of business that you should spend more on marketing in a recession than in a boom. The logic is obvious but lost on many of an accounting bent who just look at cost-cutting in challenging times. The reality is that marketing directors need to look at the balance of their spend – and the clear evidence is that sailing sponsorships – if properly used and activated do give a return of several times the original investment.

Of course, sailing sponsorship often offers opportunities, like a front page photo on a newspaper, or a mainstream TV news item, or a story or video that goes viral on digital media – exposure that cannot be bought from traditional advertising campaigns in print, radio and TV.

One of the very sound early decisions made for the upcoming America’s Cup was to put the broadcast and coverage out onto media that could be seen by anyone, anywhere in the world on any device and free to view. Of course, that strategy is one that will attract the maximum “eyeballs” and should be very attractive to sponsors and partners in the coverage.

That model is of real interest to the sport as if it works for the Cup – and there is no reason to believe that it won’t – then it should be able to be carried over into other regattas, events and campaigns.

From the cloud of the global lockdown, the silver lining looks like it will be in the opportunity for e-Sailing to be tried by many on the water sailors. Already several classes around the world are promoting their own sailing events, and there are at least four in which Kiwi sailors can compete. Late last week we talked briefly with the founder of Virtual Regatta – the e-sailing application backed by World Sailing – he reported that they were being rushed by demand for the app and also from classes wanting their class-specific version.

So if you have some time on your hands – give e-Sailing a try. The Young 88’s reported 30 competitors in their first event last Saturday, and have 40 spots open for their second.