Mirabaud Sailing Video of the Century: Celebrating 2 decades of passion 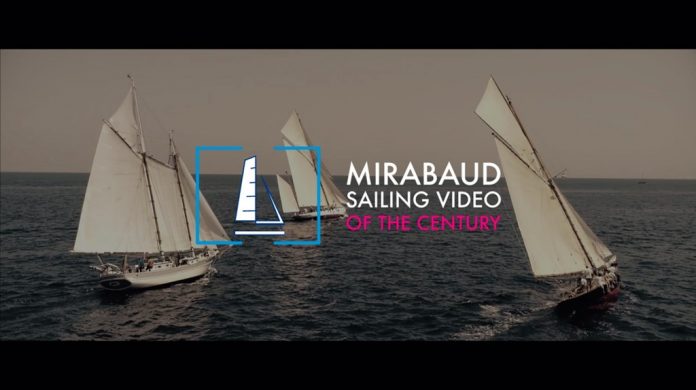 June 4, 2020 – Sailing reaches a wide audience thanks among others to the videos produced by the most creative TV producers, teams, events and classes. In this year 2020 devoid of sporting events, the Mirabaud Sailing Video Award will celebrate the best productions of the 21st century and showcase the most spectacular, moving, exciting and innovative videos produced since January 1st, 2000.

“Sailing videos are at the heart of the development of the sport of sailing. They are often the only way to see and understand what happens on board sailing boats”, says Nicolas Mirabaud, Managing Partner of the Mirabaud Group. “Over the last twenty years, some exceptional images have been produced, in the Olympic Games, the Vendée Globe, the America’s Cup, the Volvo Ocean Race and many more events. This exceptional edition of the Mirabaud Sailing Video Award will allow us to relive the greatest moments in the history of sailing in the 21st century.”

The contest is open to TV, film and video producers, cameramen, editors, filmmakers, TV production companies and independent producers, as well as professional sailors who film their achievements during races (onboard sailing videos).

Each video submitted will be associated to its author – cameraman, filmmaker, editor or sailor. Each author will be allowed to submit one video, filmed between January 1, 2000 and October 20, 2020. TV production companies will be able to submit as many videos as they wish as long as each one of them is attributed to its author.

Each video submitted will be rated by the international jury, while the public will vote online for the Mirabaud Sailing Video Public Award, between October 22, 2020 and November 12, 2020.

The award ceremony will take place on November 24 during the Yacht Racing Forum in Portsmouth, UK, in front of the sports’ leading personalities from all over the world.

The new model retains the stylish solutions of the original Wallytender that define the Wally philosophy of combining form and function, but...
Read more
Events

The Dame Awards are the leisure marine industry’s equivalent to the Oscars, awarded every year at the Marine Equipment Trade Show (METS),...
Read more
- Advertisment -