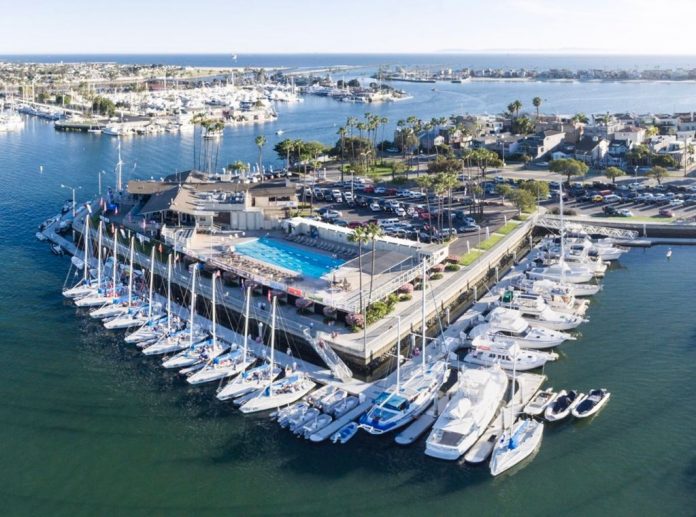 “The myriad of challenges to offering healthy and enjoyable world class events proved insurmountable, and after a lengthy effort by our volunteer organizers we regrettably determined we must cancel both the Grade One Congressional Cup and Grade Two Ficker Cup,” announced Congressional Cup Chair Cheri Busch. As a Grade One match race, the Congressional Cup hosts an international field of top-ranked sailors and race officials, and ongoing travel restrictions, in part, forced the abandonment of the event.

Organizers had also explored other platforms and venues, LBYC Commodore Charlie Legeman explained, including the possibility of holding the matches aboard a fleet of Solings. “Congressional Cup founder, first Congressional Cup Chairman and Permanent Senior Staff Commodore Bill Dalessi clarified Congressional Cup history to me, pointing out the Cup was to be sailed in big boats with full crews,” Legeman said. “Out of respect to those founding fathers and Commodore Dalessi, I recommended to the Congressional Cup committee that we cancel the event outright, for 2020.”

Originally scheduled April 28 to May 3, 2020, reigning Congressional Cup champion and six-time match racing world champion Ian Williams (GBR) was to defend his title. Williams is a four-time winner of the Crimson Blazer (2011, 2012, 2017 and 2019), a feat accomplished by only four other skippers in 55 years of Congressional Cup racing: Gavin Brady, Taylor Canfield, Rod Davis and Peter Holmberg.

In addition to Williams, the 2020 lineup included past Congressional Cup winner Johnie Berntsson (SWE), last year’s runner-up Scott Dickson (USA), Eric Monnin (SUI), Harry Price (AUS], Nicklas Dackhammar (SWE), and Torvar Mirsky (AUS) – who would be making his second Congressional Cup appearance after a hiatus of nearly 10 years. Slated for his Congressional Cup debut was Jordan Stevenson (NZL), who earned his spot on the roster as victor of the USA Grand Slam series; accruing the most points in that four-part circuit made up of the Chicago Match Cup, Detroit Cup, the Oakcliff International, and Thompson Cup. Two final berths are typically filled by the top finishers of the Ficker Cup, which has also been canceled.

“Congressional Cup is more than just a sailboat race,” Busch continued. “It’s a tradition and a rite-of-passage, and for many sailors, the gateway to the America’s Cup. The congregation of athletes and officials who come to Long Beach from around the world each year are warmly hosted by our generous club members, making it feel more like a family reunion at times – with households welcoming the same sailors year after year.” Both Congressional Cup and Ficker Cup are expected to return in 2021, she added.

Founded in 1965, the Congressional Cup is revered as the ‘grandfather of match racing’ and the oldest continuously held match race regatta in the world.  It was here that organizers from LBYC pioneered and perfected the concept of on-the-water umpiring that is the standard in yacht racing today.