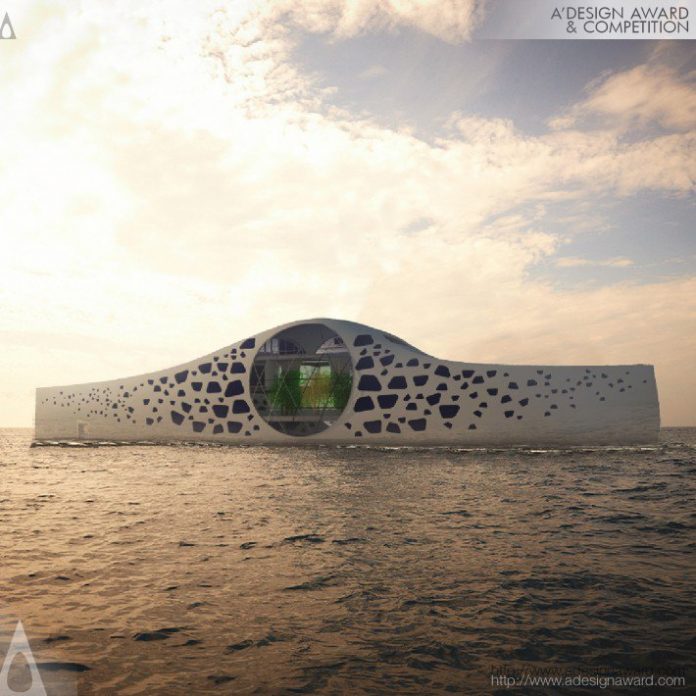 Concept art, whether in the automotive or yachting industry, is not always meant to become reality. Its goal is to inspire, to motivate and to push the boundaries of what could be possible, if only in theory.

One such concept is Bolla, from Italian design studio BFMV. Unveiled in 2015 and awarded bronze in the yacht and marine vessels category at the A’Design Awards of that same year, it remains, to this day, one of the most outrageous and striking superyacht concepts. It’s also the materialization of a billionaire’s wild dream.

The idea for Bolla was to create a superyacht that would reconnect the owner and guests with nature. Its inspiration was bubbles, hence the name (Bolla means “bubble” in Italian) and the strange design. As you look at this concept, you’re supposed to see a bubble right before it bursts, at its moment of glory that can never be replicated again.

Bolla is, without a doubt, a beautiful construction, even if it will never leave the page. Its silhouette is both pure and instantly memorable, thanks to spherical bubble body sitting in the center of the symmetric superstructure. It is likewise dotted with glazing, further driving home comparisons with bubbles that are about to pop.

“The concept was born by drawing a line on the horizon of the sea, this differentiating what is above the surface, air and what is below, the water,” the designers explain. “From the desire to combine ideally these two worlds, which are symbolized by two elements, air and water, we used a chemical composition through which when water and air come in contact, they create a bubble.”

The owner of this 65-meter (213-foot) superyacht would be a man born in Tuscany, from a wealthy family that owned land and cultivated wine. Because of this, Bolla brings together two other seemingly-opposed concepts: a bubble of wine and the owner’s love of diving. He would commission this superyacht when, after years of hard work and amassing a fortune, he realized he had no time left to pursue his passions. Bolla would be his ticket to freedom.

(For the sake of clarity, this is a fictional owner the designers are talking about, much like Bolla itself.)

The idea is simple: BFMV set out to design a superyacht that would best represent a bursting bubble. And they were successful at that.

Yet Bolla stands out for other things, as well. For instance, the bubble in the center hosts an actual vegetable garden slash greenhouse. The large windows serve to let in all the natural light the plants and trees need, while the greenery filters the heat.

“The large opening to the outside allows the interior environment to merge with the sea as if there was not a real border between what is inside and what is outside,” the designers say. “A single shell to create continuity.”

Also on board would be a dive center and, presumably, all the gear and watertoys that hypothetical billionaire would ever need to further explore this hobby of his. The designers never got into specifics, like propulsion system, range or estimated cost for such a vessel, but they did say it would come with a superyacht tender that would be a perfect match in terms of design.

Given the scarcity of details, one could assume that, with the focus on letting nature in and on being one with the sea, Bolla could only use green energy to move around and have a reduced footprint. This could include anything from using solar power to recycled and recyclable materials for the finishes and furnishings.

After all, carrying a giant garden on deck in the name of “nature” and leaving a trail of pollution behind at the same time would be the height of hypocrisy. No one likes hypocrisy in billionaires, even if they’re fictional.

Jokes aside, Bolla is a beautiful exercise in yacht design, a study into how one could materialize something as ephemeral as a bubble.

You know how you can grow to like the interior of your Bentley Continental GT V8 Coupe so much that you’d want...
Read more
Design

“ Tomorrow’s yacht have to turn to Sailing or Hydrogen. There is NO PLANET B " Alexandre THIRIAT Alexandre...
Read more
Design

Pininfarina presents its Refitting program at the Venice Boat Show

The first result of the program is the refitting of the MY Mazal in collaboration with VZ Yacht Turin,...
Read more
Design

Following in the wake of the award-winning first unit in the Otam Aluminum Custom Range 35m Gipsy designed by Tommaso Spadolini, the Ligurian...
Read more
- Advertisment -