Riva In The Movie: a masterful interpretation by Pierfrancesco Favino 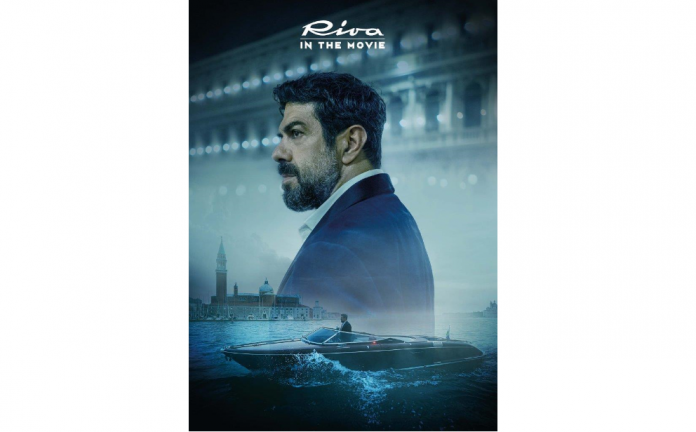 More intense than ever, Pierfrancesco Favino crosses Piazza San Marco just before dawn, in moonlight filtering through an evocative fog, and boards a legendary Aquariva. His goal is to navigate through Venice’s canals to deliver a mysterious mahogany object to an equally mysterious recipient. The finale comes as a big surprise.

The short film entitled “RIVA IN THE MOVIE” is an anthem to the amazing power of film, or the seventh art, which Pierfrancesco Favino’s unmistakable narrative voice rightly elevates to “first art”.

Shot entirely in Venice, in locations including Piazza San Marco, Rialto bridge, the Lido and the Palazzo del Cinema, it takes us on a dream-like and touching journey through
the canals and wonders of the world’s most beautiful city. Equally superb is the soundtrack with a tribute to Nino Rota, the brilliant composer who helped make so many of Fellini’s films unforgettable, not to mention other masterpieces like The Godfather and The Leopard.

“The celebration of cinema with Riva’s magnificent boats, which have starred in so many films and introduced the whole world to Italian style and creativity: that is our aspiration
for Riva in the Movie, a powerful short film starring the most accomplished and famous Italian actor in the world, Pierfrancesco Favino, against the backdrop of Venice’s splendours” said Ferretti Group CEO Alberto Galassi. “Riva in the Movie is dedicated to everyone who believes in the magical power of imagination and talent.”

Riva in the Movie will make its official debut on September 4 during the Venice Film Festival. The film’s star, Pierfrancesco Favino, will be taking part in the event and also attending the 77th International Film Festival as leading actor and co-producer of “Padrenostro”, the competition film directed by Claudio Noce and produced by Vision Distribution, Lungta Film, Pko Cinema & Co and Tendercapital Produzioni.

The short’s co-star is RIVA and the brand’s unique relationship with film through the years. Riva’s iconic mahogany and contemporary boats have been admired on screens all over the world for more than seventy years: from classic blockbusters to major Italian hits like Mambo, La Baia di Napoli and Il Sorpasso, and from the James Bond saga and multiple award-winning art house films like La Grande Bellezza, to action movies like Nikita or Men in Black. Their story is also told in a prestigious new book with the same title as the film. Its 300 pages cover 39 films, with the original posters, hundreds of superb on-set and backstage photographs, 77 actors and 110 actresses: these are the numbers that describe a precious and exciting book to both read and browse through.

“Riva in the movie” was realized thanks to the contribution and the essential cooperation of the Municipality of Venice and produced by Armando Testa group company Little Bull
Studios with the invaluable contribution and collaboration of the city of Venice. With a creative concept developed by Armando Testa and directed by Federico Brugia, the film
stars 2020 Nastro d’Argento and David di Donatello winner Pierfrancesco Favino, member of the Academy of Motion Picture Arts and Sciences, with a magnificent Beatrice
Schiaffino and the young actor Andrea Bordoli.

The passionate and spectacular ties between Riva and film will also be the subject of an exhibition at The Gritti Palace, also the location of the magnificent Riva Lounge with its spectacular view over the Canal Grande. In extraordinary images, the exhibition will tell the story of the numerous films in which Riva boats have played an important and frequently starring role, alongside various Italian and international stars.

The formerly “classic” Feadship motor yacht Broadwater has been re-delivered by Huisfit and left the facilities of Royal Huisman Amsterdam for her...
Read more

World Sailing announces the extension of its partnership with Rolex

World Sailing, the world governing body of the sport, is delighted to announce an extension to its longstanding partnership with Rolex. The...
Read more

As contemplated by the America’s Cup Arbitration Panel when they made their Order on the 21st October with regard to the usage...
Read more

Monte Carlo Yachts is proud to announce that the MCY 76 Skylounge had its official World Premiere at the 61st annual...
Read more
Load more