Postponement of the Olympic Yacht Show 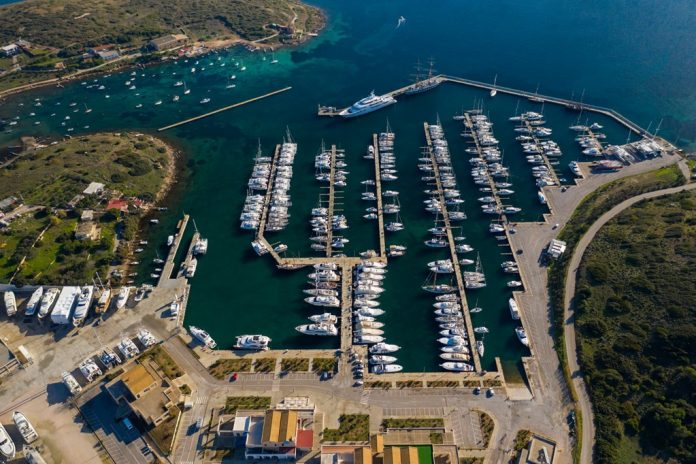 Ondeck Events is truly sorry to announce the postponement of the Olympic Yacht Show 2020 which had been scheduled for 01-04 October 2020. The reason that led to this decision is the emergency measures* taken by the Greek state to prevent the spread of COVID-19. The new dates will be announced soon.

This was a difficult decision dictated by sound reasoning and the sense of responsibility which characterises the organizing company, the Organizing Committee and the Olympic Marine Management. Keeping the safety and protection of public health as our key consideration, we have reached this decision with great sadness as well as a sense of responsibility towards all participants, visitors and the community in general.

As part of the efforts to prevent the spread of the Covid-19 pandemic, we must respect the decisions of experts and responsibly follow the measures taken. Consistent with their constant focus on people, ONDECK put the safety of exhibitors, visitors and their human resources at the top of their priority list.
Hoping that we will soon return to normality and that the organization of the Olympic Yacht Show will meet expectations, we wish to reschedule our appointment for the new dates which will be duly announced. Let’s keep ourselves safe; let’s keep ourselves creative.

On behalf of the Organizing Committee and Ondeck Events – the organizing company – we hereby present the axes for the implementation of the event.

We aim to secure Public Health.
We aim to maintain the standards for an exceptional event that meets the participants’ expectations.
In addition, the procedures applicable to travel from abroad place significant restrictions on participants and visitors alike, as it is highly probable that they will not be able to travel to Greece. Without them, the international character of the Olympic Yacht Show is at stake.

“We have reached this difficult decision, namely the postponement of the Olympic Yacht Show, following the recent developments for the intensification of the preventive measures for the protection of Public Health. The Olympic Yacht Show is an event for which we have been working hard for more than a year. We have partnered with specialized companies in order to cover different areas such as organization, location study, communication and promotion in Greece and abroad, signage, legal and techno-economic study and so on. During the course of this endeavour countless meetings have taken place and thousands of man-hours have been invested in preparations. I assure you that we will press on as determined and target-oriented as ever.

The Olympic Yacht Show is not just another yacht show. It is the event that the Greek World of Yachting and Sea Tourism must have. Preparations have almost finished and the floating dock is ready to welcome 85 confirmed yachts. This investment in time and finances remains active. We wish to thank all of the participants, the companies and the entire industry for their trust. We wish to live up to their expectations. The Olympic Yacht Show is an event of national calibre and a collective initiative. It is not just a company’s Yacht Show; it is the official Yacht Event of Greece that holds a place on the international Yacht Show calendar. I would like to thank in advance all of the companies for confirming their participation on the new dates, which are to be announced in due course.” Gerasimos Gerolymatos, Ondeck Media Director.