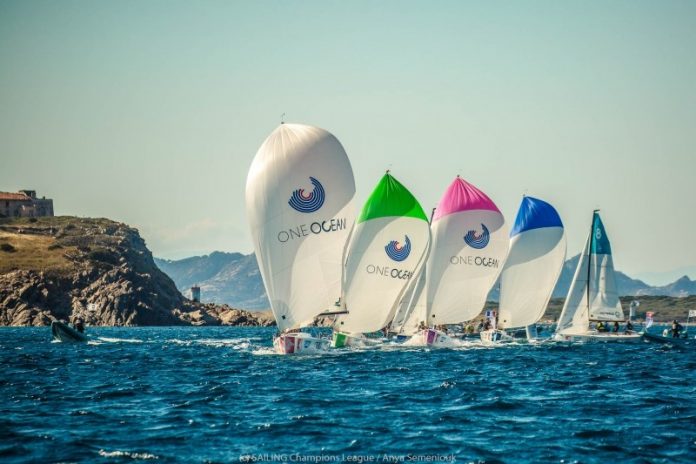 The Audi Sailing Champions League Final is set to get underway tomorrow, with 27 teams representing 13 nations meeting in Porto Cervo for the final leg of the circuit. The event, organised by the Yacht Club Costa Smeralda with the support of institutional partner Audi and the One Ocean Foundation as main partner, is scheduled to run through Sunday 18 October.

The event will take place in compliance with all Covid-19 prevention regulations and the protocol issued by the Italian Sailing Federation, ensuring maximum safety for the participating sailors and all staff involved.

Eighteen flights are planned over the course of the four-day event, for a total of 72 races, with the top four teams progressing to the final. Each team will compete against each of the others as the crews alternate aboard the YCCS fleet of J/70 boats. The formula for the event was introduced in 2013 in Germany, taking its lead from the format used in football tournaments.

﻿Favourites among the participating teams include the Norddeutscher Regatta Verein from Germany, the Royal Danish Yacht Club, and the Akhmat National Sailing Team from Russia. Also competing in the final is the Aeronautica Militare team, representing the Italian Air Force.

“At last we can welcome sailors from various parts of Europe to compete in the final of the Audi SAILING Champions League. This will be the first international event we have organised since the pandemic began, and we cannot wait to get back on the water!” commented YCCS Commodore, Michael Illbruck.

The event programme also includes a focus on raising awareness on the issue of safeguarding the sea. On Saturday 17 October, in Piazza Azzurra, a study currently being carried out by the One Ocean Foundation and the CNR of Oristano regarding the quality of the waters off Sardinia’s coasts will be presented to competitors. Having just left Monaco on board the maxi-catamaran formerly known as Club Med, the Oceano Scientific (OOF partner) scientific expedition will also be presented to the crews as part of its itinerary touching on Rome, Porto Cervo and Barcelona. The project aims to collect scientific data on contaminants in the Mediterranean and raise awareness among local communities.