First registrations for the 16th edition of the Palermo-Montecarlo 2021 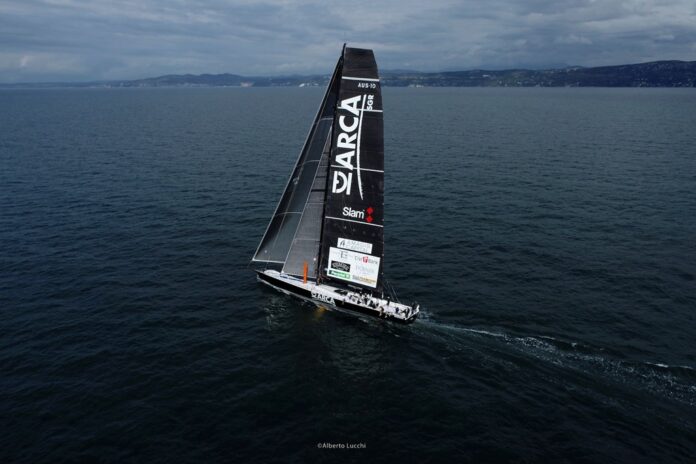 The Palermo-Montecarlo 2021 fleet begins to take shape and is immediately enriched with a name of absolute importance: among the owners who have already confirmed their registration in the 16th edition of the offshore regatta organized by the Circolo della Vela Sicilia, with the collaboration of the Yacht Club de Monaco and the Yacht Club Costa Smeralda, in fact stand out Guido and Adalberto Miani, who on Saturday 21 August will race the impressive 100 ‘(30 meters long) Arca SGR of Fast and Furio Sailing Team, with skipper Furio Benussi.

Guido Miani boasts three victories in the Palermo-Montecarlo (one in real life and two in compensated), a regatta he is particularly fond of and which this year will see him participate in a leading role, on a fast and competitive Maxi Yacht that between the other things won three editions of the Barcolana di Trieste.

“We enthusiastically welcome the registration of Adalberto and Guido Miani, true friends of the regatta and of the Circolo della Vela Sicilia, as well as representatives of the Yacht Club de Monaco, with whom we have the pleasure of actively collaborating on the occasion of the Palermo-Montecarlo”, he declares Agostino Randazzo, President of the Circolo della Vela Sicilia, just returned from New Zealand where he experienced first hand the exciting victory of Luna Rossa Prada Pirelli in the Prada Cup. “To be able to count them among the participants, with a boat that will aim to win the victory in real time, that’s really good news. And it is undoubtedly also a stimulus for the other owners who are planning a return to the regattas in recent weeks: we are waiting for them in Palermo, in mid-August,

“We can’t wait to get out on the water, it’s a moment that we all look forward to with anticipation”, explains Guido Miani. “It will be special, because there is a great desire to sail after this 2020 break from racing and because on board we will be three generations of our family, so we will have the opportunity to experience it in the best possible way”.

In this regard, registrations for the Palermo-Montecarlo begin to arrive daily at the CVS secretariat, which is committed to defining a program and a logistical organization which, given the contingent situation, has to do without social events and all collateral initiatives. who made the Palermo-Montecarlo great, will still be of a high level, as in the tradition of the Palermo club.

“We are working in full compliance with all current protocols, however aware of the fact that in August the situation in general should be much better”, Randazzo continues. “It is clear that we will still have to give up that part of the program that includes the events on land, but at the moment there is above all a desire for the sea and for regattas. And the Palermo-Montecarlo, with its magnificent route in the middle of August, is a full immersion of sailing that has no comparison ”.

With the possibility, another point in favor of the regatta, to take advantage of the departure of Palermo to organize a stay in Sicily in the weeks preceding the start; or to extend your stay on the Côte d’Azur, once you have crossed the finish line, taking advantage of the service offered by the Circolo della Vela Sicilia, which will provide participants with a series of containers which, duly loaded, will be shipped by the organization by land directly to Montecarlo . A consolidated and appreciated service, which will avoid the crews having to return to Sicily to retrieve the material that cannot be embarked on board.

Leg of the Italian Offshore Championship of the Italian Sailing Federation and IMA Mediterranean Maxi Offshore Challenge, the Palermo-Montecarlo, which will start at 12 noon on Saturday 21 August from the Gulf of Mondello, will develop along a route of about 500 miles which includes the passage obligatory at the Strait of Bonifacio, before choosing whether to leave Corsica on the right or left in the ascent towards the arrival set in front of the Principality of Monaco.

In addition to the class prizes, the Angelo Randazzo Trophy for the overall victory in the largest group between ORC and IRC, and the Giuseppe Tasca d’Almerita Trophy for the first hull on the finish line in real time (with a record to be beaten by Esimit Europa 2 with a time of 47 hours, 46 minutes and 48 seconds).
To register, click directly on the event website (www.palermo-montecarlo.it).