The historic Leopard brand is reborn in the Seven Stars shipyards 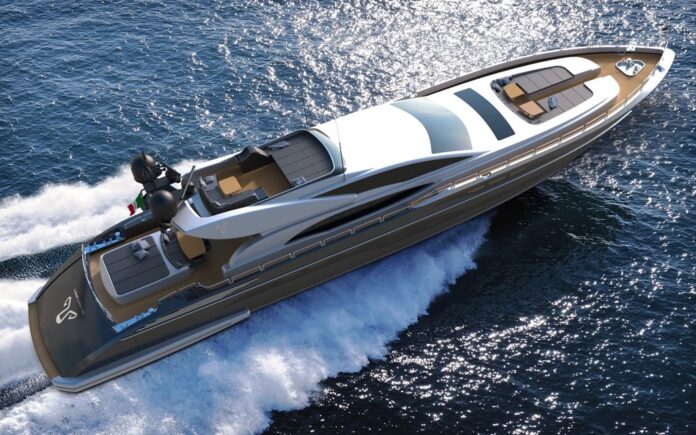 Today Seven Stars Marina & Shipyard presents to the press the launch of the first 36-meter model by Leopard Yachts, taking a first step for the relaunch of the historic brand born in 1973 by the Picchiotti family.

A project that is the expression of a new way of interpreting shipbuilding, favoring the production of custom made yachts aimed at satisfying the customer’s needs, which are distinguished from industrial mass production.

The new Leopard boat will be produced in the Tombolo shipyard, where the last Leopards were built, recently taken over by Seven Stars Marina & Shipyard, an established company in shipbuilding, which wants to be a real center of 360 ° servicing and very high quality.

On the historic Canale dei Navicelli, which connects Pisa with the port of Livorno, the restart operation of the brand will include investments to produce new lines of boats of different sizes to meet the expectations of new owners. Each project will be customized ad hoc on the customer, involving different skills and an articulated and heterogeneous work group, from engineers to naval architects, up to specialized craftsmen. In addition to the new 36-meter, which will be the first boat to be produced, two 24 and 46-meter yachts are also being planned.

The conception was entrusted to the designer Andre Bacigalupo and to the studio that bears his name, already the designer of many successful models of the Leopard brand, and a pupil of Paolo Caliari who designed the first model of the made in Italy brand. A project devoted to enhancing the Italian spirit in the world, placing itself in continuity with what the previous owner had done, according to the tradition of shipbuilding in the coastal area of ​​Tuscany.

“We are proud of this investment that arises from the common will of a team of entrepreneurs to revive a historic brand of Italian Nautical and Made in Italy – declares Davide Mugnaini, CEO and Partner of Seven Stars Marina & Shipyard – Leopard Yachts yes offers on the market to meet the needs of the best owners thanks to design and production excellence, and attention to every detail. Having a new Leopard will be a privilege, an experience that will be unique from the moment of the purchase choice “.

“Each new Leopard will be a unique piece, the result of Seven Stars’ expertise in shipbuilding, respecting the heritage of the Brand and the values ​​it has always represented – continues Mugnaini – A solid path that will include, in addition to an important communication, careful commercial activity aimed at the first potential customers, to whom the project will be presented and the possibility of personalizing it thanks to the knowledge and passion that we will put in place. In the commercial activity we will be supported by TWW Yachts thanks to an agreement that will allow us to offer our owners a 360 ° service that goes beyond the simple sale of the boat, but will include, if the owner wishes, support in the construction process, boat management,

Self-assured and defiant, with a slew of new features and an incredible 48 knots of power: Pershing 6X expresses the boldest and...
Read more
Motor Yachts

SX76, the new born of its product range presented by Sanlorenzo

After the extraordinary success gained from the SX88 at the 2017 edition of the Cannes, Genoa, Düsseldorf and Miami Boats Shows, as...
Read more
- Advertisment -