Home Events An unprecedented party for the 50th anniversary of the launch of the...
Events 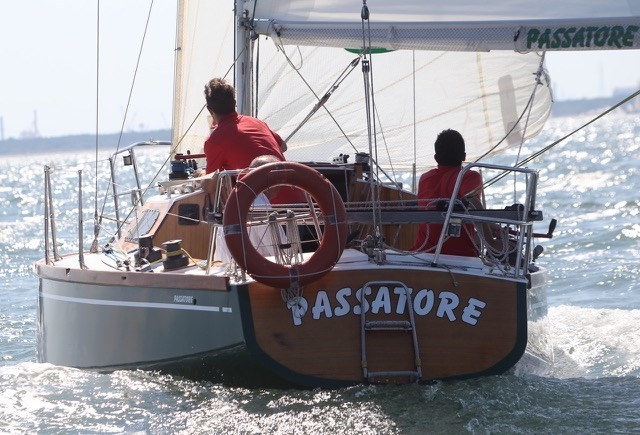 Romagna never denies itself and its engaging enthusiasm is not intimidated even by this very complicated period … and then this year we celebrate the 50th anniversary of the launch of the “Passatore” boat and an anniversary like this must be celebrated in a way unforgettable, on land and at sea.

Produced in Cervia in 136 specimens by the Sartini Shipyard until 1983, this boat represents, in fact, a pride of the Cervese and national shipbuilding industry: it is a unique case of mass production of a wooden boat and therefore constitutes pride and example of genius from Romagna.

To celebrate this golden wedding with the sea in the best possible way, La Congrega del Passatore ASD, (an association founded in 1993 which brings together owners and friends of the Passatore) has created Passatore 50, a festival that will unite the whole city of Cervia and the Romagna around this boat, unique in the panorama of pleasure boating, enhancing its human, supportive, historical and artisan aspects as well as the strictly nautical ones.

Passatore 50 is part of the program of events in Cervia at the end of summer, occupying the fourth week of September, and boasts the patronage of the Municipality of Cervia, the logistical support of the Circolo Nautico Amici della Vela Cervia and the support of the Cultural Association of Ravenna Casa Matha, of the Circolo Culturale Pescatori “La Pantofla”, of the Mazzari Distillery, of the South Sails Sailmaker and of the Quick electronic instrumentation.

“Passatore 50 will be divided into historical, cultural, sporting and obviously playful moments – explained the President of La Congrega del Passatore ASD, Roberto Valzania – the party will begin on Friday 17 September with the exhibition inside the suggestive Magazzini del Sale” La grande story of a small boat “which tells the life of the Passatore from his birth, also with the exhibition (for the first time to the public) of the original projects of the French designer Jean Marie Finot, of elements, artifacts, work tools of the artisans and shipwrights, and memories of the Cervese navy and life on board. The exhibition will continue until 26 September.

On Saturday 25 September, however, sporting events will begin with the Passatore Meeting: the first sailing event will take place in the stretch of sea in front of the coast of Cervia and will be reserved for Passatore boats, with a final parade inside the Porto Canale, up to mooring in front of the Magazzini del Sale.

Sunday 26 September the celebrations will end with the suggestive Rising at Dawn, the competitive sailing, open to all boats, starting at sunrise in front of the Port of Cervia, on a route with fixed vertices of 10 miles north of Cervia and arrival outside the port itself. Born for fun, as a meeting between a few friends, the Rising to Dawn (the only sailing event in which the departure is not marked by the chronometer but by nature!) Has reached its fifth edition and is establishing itself for its fascinating and original setting. with an ever-increasing number of participants (in 2020 twenty-four boats), and the now traditional Romagna Breakfast which this year will be held under the Torre San Michele.
During the festival there will be an evocative moment with a conference organized on Saturday evening to remember the great Cervesi of the sea. Among those present also the “veterans” of the debut regatta in Genoa: Cino Ricci and Laurent Cordelle. There will also be a village with music and good Romagna food. Long live the sea, long live good company and … long live the Congrega del Passatore! “