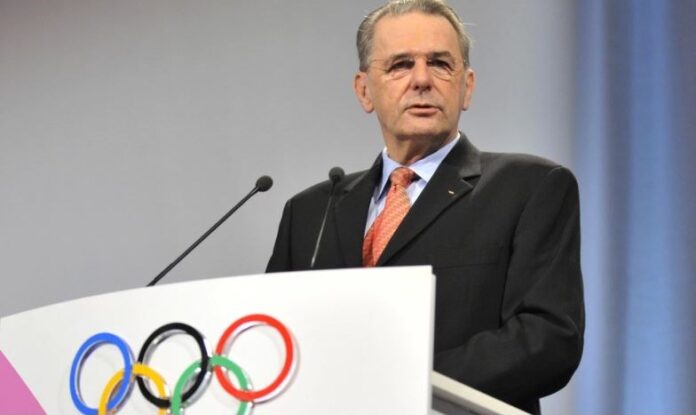 It is with great sadness that World Sailing reports the passing of former International Olympic Committee (IOC) President Jacques Rogge at the age of 79.
Rogge was, elected as the eighth IOC President in July 2001 and had a long and distinguished history in sailing. He started sailing at an early age, encouraged by his father who was a keen sailor.

After early success in the Cadet dinghy in which he won a world championship title, Rogge moved into the Finn, the class which was to become his passion for many years and included three Olympic campaigns in Mexico 1968, Munich 1972 and Montreal 1976 before he became the President of the Class in 1979.

In 2007, Rogge was awarded the Beppe Croce Trophy from World Sailing, the Federation’s highest award for outstanding voluntary contribution to the sport of sailing.

Rogge was the IOC President through to 2013, after which he became Honorary President.

Rogge was an orthopaedic surgeon with a degree in sports medicine.

World Sailing sends its condolences to his wife Anne, a son, a daughter and two grandchildren.

In an IOC press release, they stated that as a mark of respect, the Olympic flag will be flown at half-mast for five days at Olympic House, at The Olympic Museum and at all IOC properties, and the IOC invites all National Olympic Committees and International Federations to join in this gesture of remembrance and honour.

The family has asked that their privacy be respected at this time whilst they grieve for their loss, and that any communication during this period be made through the IOC.

Following a private family ceremony, a public memorial service will take place later in the year, where members and friends of the Olympic Movement will be able to remember his life and his great contribution to sport.

Worried about rising sea levels and motivated by the desire to deliver a new, fully-sustainable residence of the future, many designers have...
Read more
Nautic Life

On 19th May, via its Decree n. 34/2020 the Italian Government established that, starting on 3rd June 2020, all borders between Italy...
Read more
Nautic Life

In the later hours of yesterday afternoon the Italian Ministry for Transport published its guidelines for marinas, recreational sailing, charters and diving....
Read more
Nautic Life

When you stop to think about it, sailing is pretty amazing. From a historical perspective, through its role in travel, trade and...
Read more
- Advertisment -