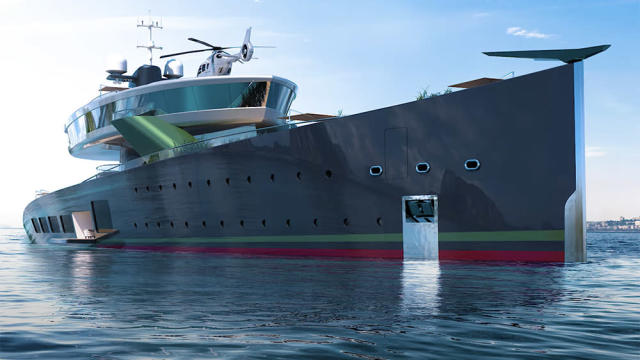 The vessel has a fully open exterior deck which has room for its own small nature park. It would also cruise emissions free.

Not Lürssen, which is showing off a whimsical new superyacht concept dubbed Alice at this year’s Monaco Yacht Show. As the moniker suggests, the emission-free vessel is heavily inspired by Lewis Carroll’s 1965 fantasy classic, Alice’s Adventure in Wonderland.

Measuring 322 feet, the Alice will feature five fantastical decks. But in a twist right out of Carroll’s book, a main deck won’t be one of them. In a YouTube video previewing the concept, the German shipyard’s designer Jim Robert Sluijter said that the idea for this came from talking to yacht owners, many of whom said they didn’t get much use out of their boat’s main salon. So, he decided to get rid of it and try something completely different. 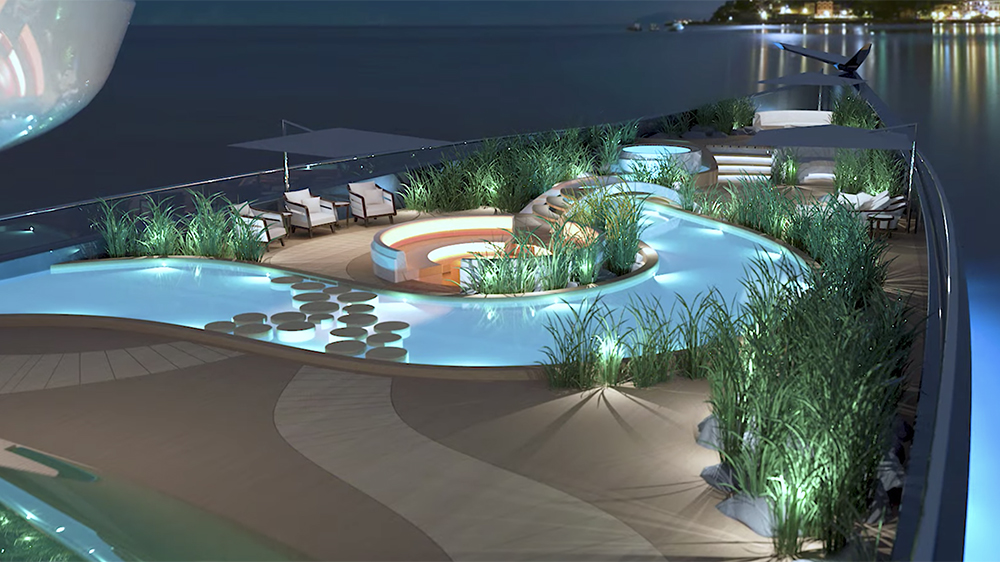 Instead, everything a main deck would normally provide—dining, entertaining or lounging around a fire pit—has been shifted to the smaller upper decks (the top of which also has a helipad). Because of this, a wide-open exterior deck which stretches from one end of the boat to the other can be used for whatever its owner desires. In Sluijter’s model, this means there’s a paddle tennis court in the rear, a semi-enclosed bar and dance floor in the middle beneath the elevated decks and, most impressively of all, a soothing nature park filled with greenery and its own pond in front.

The main deck isn’t the only convention Lürssen has dispatched, either. There will also be no diesel engines used to propel the boat. Instead Alice will use emission-free fuel cell technology to power its engines. Its tenders and water toys will be fully electric as well. 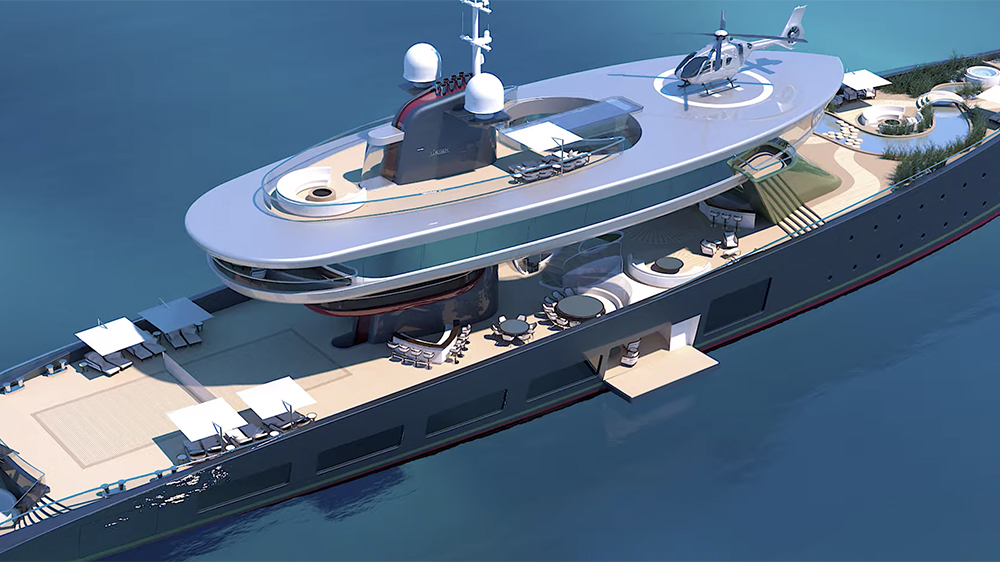 Of course, for now Alice is still just a concept so there’s no guarantee it’ll end up being built. Still, those who appreciate both eco-friendly yachting and a pronounced sense of whimsy can dream. In the meantime, you can view a scale model of the ship at this year Monaco Yacht Show, which runs through Saturday, at booth JS8.

Heesen is proud to announce that the construction of YN 20150, code-named Project Oslo24,has officially begun. The owners and their family attended...
Read more
Superyachts

The custom superyacht Shinkai was recently transferred from Feadship’s construction hallway in Aalsmeer to the builder’s outside dock for final outfitting ahead...
Read more
Superyachts

A good cinema is part and parcel of a luxury superyacht, but acclaimed German yacht designer and naval architect Frank Neubelt has really...
Read more
Superyachts

The 384-foot project Y719 by Oceanco just hit the water

The Dutch yard just successfully completed its 34th launch and sent its largest superyacht to date out onto the high seas. The behemoth, known...
Read more
Superyachts

Benetti has chosen the Monaco Yacht Show, the international event traditionally reserved for superyachts, to take stock of the brand’s initiatives in...
Read more
Superyachts

The Monaco Yacht Show returns on Wednesday, with pent-up demand among owners and builders after a year of either canceled or smaller...
Read more
- Advertisment -

The StellarCAT concept is underlined by a Lighter, Stronger, Safer, Faster and Further precept with the design and construction emphasis being on...
Read more
Load more