Home Regatta America's Cup Alinghi filed their entry to the 37th America’s Cup that could be...
RegattaAmerica's Cup 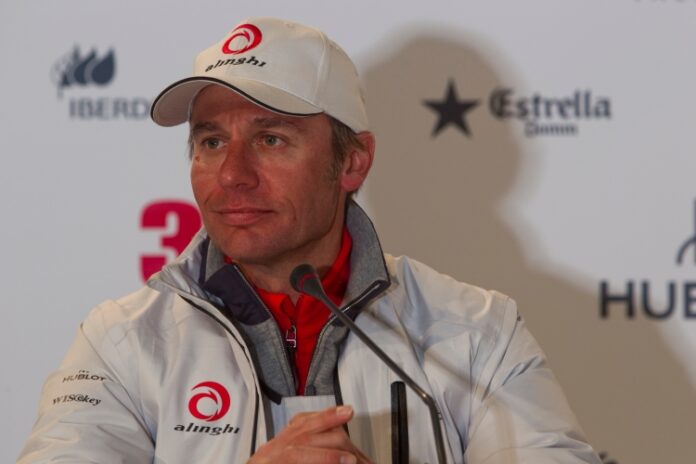 Like the finest timepiece created on the shores of Lake Geneva, Alinghi filed their entry to AC37 like clockwork on the stroke of the starting gun moments after the competition officially opened for business. It’s a huge statement from Ernesto Bertarelli and a massive shot in the arm for the America’s Cup but it left many more questions than answers.

Opinion formers have been opining for weeks that there was simply no chance of the newly divorced Swiss-Italian entering until the venue was announced but that simply isn’t the case. There’s so much more going on behind the scenes and enough certainty that the big players are confident enough to slap down eye-watering sums to us mere mortals and commit to an AC75, an AC40, two hydrogen chase boats and a load of entry fees for regattas all over the world. The rich are different.

But we’ve got Ernesto back in the great game and it’s utterly thrilling to be able to say that. The off-the-record briefings and rumours were all true – you can never be sure in the America’s Cup – and what’s before us is uber-competition of the highest order. The sailing world is on full receive now as Ernesto will have strategised this to the nth degree and has crafted a path to victory. One of the great names of the America’s Cup is back. Fabulous.

And I know in all certainty that Red Bull will be the technology partner of Alinghi – and we can expect a big announcement soon on this, perhaps even in Jeddah this weekend at the Saudi Arabia F1 race. Wouldn’t that be something?

Adrian Newey’s design team have long been itching to apply their aerodynamic ability to fluid dynamics and we’ll see a shifting of design resource from the motorsport team into the America’s Cup schedule in short order.

The rumour from Milton Keynes is that they’ve been hard at it for months already, similar to Mercedes up in Northamptonshire, desperate not to let the Silver Arrows steal a march – remember Red Bull and Mercedes absolutely hate each other. This will be fascinating as it unfolds and highly apparent to everyone watching.

But who is Ernesto challenging under and how will the team look? Well, it’s all conjecture until the official announcement as the hermetic seal around the Swiss is tighter than the back case on a Rolex watch but the speculation is all around a tie up with the Italians.

Over the summer it’s believed that contact was made with Pete Burling and Blair Tuke but if Ernesto could secure the Luna Rossa assets then the ready-made team is already in place with Jimmy Spithill eligible and Checco Bruni as skipper. Who knows?

The rumour in New Zealand is of a purchase of one of the American Magic boats and even the Ineos boats have been touted as possible trial horses. But could Ernesto be about to pull a fast one and play the emerging nation card? That’s a stretch but remember this is one of the wiliest operators ever to come to these parts. Nothing is off the table. Whoever can secure the signature of Tom Slingsby is at the races in a big way and commentators in New Zealand have already been opining about Alinghi flying an Australian flag – wow what a story that would be. I don’t believe it for a moment.

What’s very clear from speaking with the Alinghi team is that they are in no hurry to reveal all and are going to be carefully managing the media message. All credit to them – it’s very a la mode to go this way and with their history as a team it’s most probably sensible. All will be revealed in due course on their schedule.

But the interesting thing from a Kiwi standpoint is that surely this has to be the announcement that puts the whole Auckland debate well and truly to bed. Trying to defend on a shoestring against the might being assembled is for the birds now. Team New Zealand have to take the event offshore to get the valuable hosting fee and give themselves a fighting chance. This is serious now. Cobbling together a defence is a sure-fire way to total embarrassment and Grant Dalton is clear that he’s not in the business of repeating 2003 all over again.

Earlier this week the Trustees of the New York Yacht Club approved a challenge for the 37th edition of the America's Cup,...
Read more
America's Cup

Alinghi Red Bull Racing became the first team, outside the Challenger of Record, to formally declare their entry as a Challenger in...
Read more
America's Cup

Emirates Team New Zealand CEO Grant Dalton presented at the RNZYS AGM tonight and via Zoom to a large number that could...
Read more
America's Cup

American Magic have backed the latest big moves in the America’s Cup and are burying themselves in design work for another challenge...
Read more
- Advertisment -