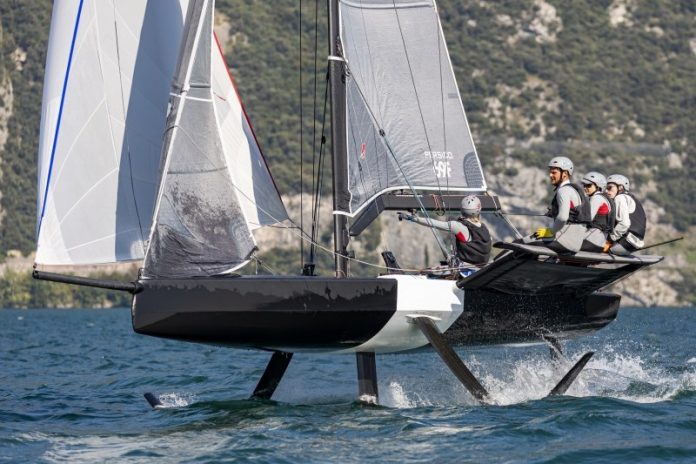 Porto Cervo, 2 September 2020. The Young Azzurra sporting programme will continue in the Persico 69F Circuit with the aim of training and offering concrete opportunities to talented young Italian sailors.

Following a government decision, the Royal New Zealand Yacht Squadron has officially announced that it has been forced to cancel the Youth America’s Cup, which was set to take place in February and March 2021, in Auckland, between the conclusion of the Prada Cup and the beginning of the America’s Cup proper. The cancellation is due to the severe restrictions that the New Zealand government has placed on the entry of foreign citizens, with the intention of protecting the nation from the spread of Covid-19. While the government has implemented a specific exemption for the teams involved in the Prada Cup and the 36th America’s Cup, this has not, unfortunately, been extended to the Youth America’s Cup and those involved in the popular event, which would have seen the participation of 19 teams from 13 nations.

Should they successfully defend the America’s Cup, the RNZYS intends to resume the Youth America’s Cup as soon as conditions allow it. The maximum age limit, set at 25, will be extended, with the aim of allowing the same crews that have already been training for some time to take part in the event.

“We are very sorry to hear this news,” commented Michael Illbruck, Commodore of the YCCS, “however when we launched Young Azzurra, aside from being aware of this possible scenario, we started this new sporting programme with the certainty that foiling will be an important part of the future of sailing in general, but also of our future. We are committed to this new sailing technology, to the Persico 69F circuit and to the Young Azzurra team. Our primary goal remains that of offering concrete opportunities to the most talented young sailors and we would like to develop youth performance sailing. We will continue with this sporting programme, and we are also pleased to be hosting our first foiling event, here in Porto Cervo, in November.”

Ettore Botticini, skipper of Young Azzurra: “The news of the cancellation of the Youth America’s Cup is a bitter pill, in particular because the work done by Young Azzurra up until now produced good results right from the first regatta, when we took second place at the Persico 69F Revolution Cup. I would like to thank the YCCS for having confirmed that our programme will continue, with the training and observation of new athletes as scheduled, the only thing that has changed is that we will no longer be going to Auckland in January. We’ll follow developments closely, in the meantime we will continue our training with enthusiasm and dedication.”