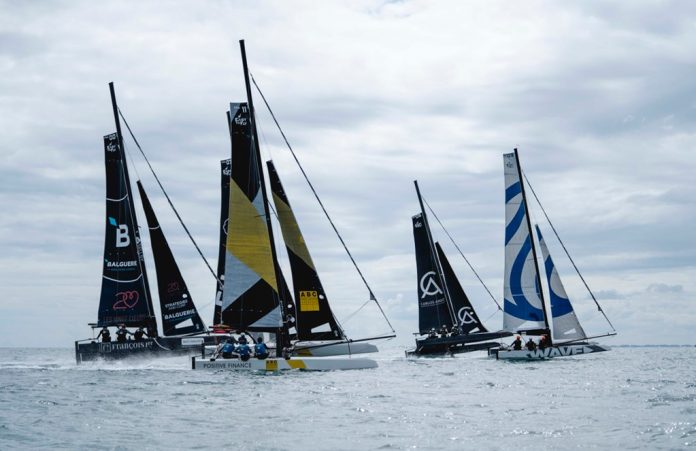 The Covid-19 events did not allow the British to move, so six ETF26s were on the starting line.

At the end of 13 heats, 2 points separated the first from the second. Billy Besson showed his exceptional touch of bar aboard Ethik, just ahead of the very fit trio of Jean Pierre Dick, Moana Vaireaux and Valentin Bellet aboard Ville de Nice – ABC Arbitrage.

To be noted an exceptional coastal course which brought the fleet to the cardinal South Bank of Quiberon by winds above 20 knots, with a great edge between the starting area and Bugalet. The boats, at an average speed of more than 30 knots and a few meters apart, reproduced a spectacle of rare intensity.

All the competitors have excellent memories of this regatta, which proved to be remarkably sporty with a lack of contact between boats.

Rendez-vous for the National de La Rochelle on September 11-12-13!