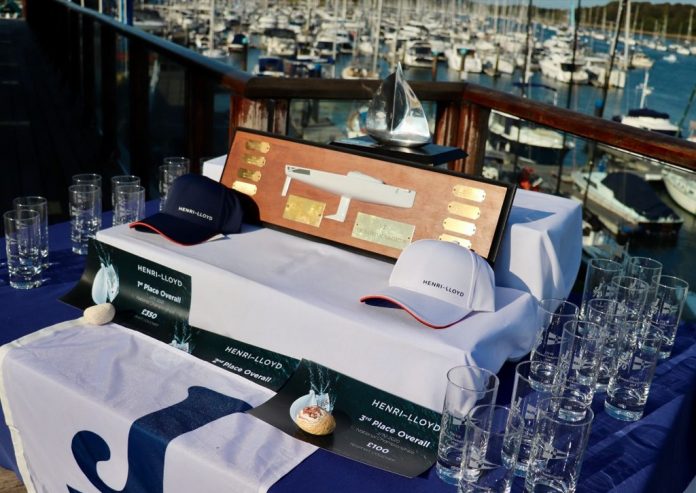 The J/70 UK Class boast reigning World Champions in both the Open and Corinthian Classes. However, a dramatic end to racing at the 2020 J/70 UK National Championships, resulted in two new national champions. Spectacular conditions on the final day were used to the full by the Royal Southern YC Race Team, led by PRO Charlie Stowe, the scene was set for a memorable finale to a superb regatta. Graham Clapp’s Jeepster is the new J/70 UK Open National Champion, and Charles Thompson’s Brutus is the new J/70 UK Corinthian Champion.

“We have really got the boat going well, and we are also having a lot of fun on board, which is a winning combination,” commented Graham Clapp. “I have known Ben (Saxton) since he was a child, but this team have only come together recently, and our performance improved as the regatta went on. The competition has been really exciting with great racing which is what this class is all about. A big thank you to Charlie (Stowe) and the all the Royal Southern team, who did a fantastic job in organising the regatta.”

Charles Thompson was grinning from ear to ear after a bullet in the last race secured the Corinthian title for J/70 Brutus. 2019 World Champions, Wilson & King’s Soak Racing was second and Doug Struth’s DSP, runners up at last year’s world championship, third.

“It feels good to have the trophy in my hands, but I have to say quite a surprise after the first couple of days, we didn’t think we would make the top three” commented Charles Thompson. “The last two races went well for us, and that was helped by getting off the start line in the right place. Thanks to my crew, we got a bullet at the end! Teamwork is unquestionably important, sailing with a positive crew is fundamental.” Charles Thompson is the only owner bowman in the fleet. “I am definitely the oldest bowman in the fleet, and there is only one word for it – wet!”

J/70 UK Class Chairman, Paul Ward was quick to congratulate both Jeepster and Brutus. “They both had a fantastic last day and have sailed well all regatta. To knock two world champions of their perches is great for the class. We have four more events in the J/70 UK Grand Slam Series, and they are going to provide fantastic racing.”