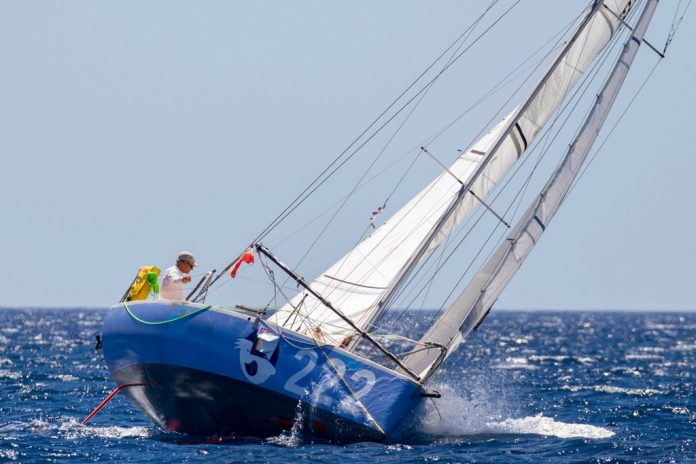 The Hellenic Offshore Racing Club (HORC) and the Offshore Racing Congress (ORC) are pleased to announce that the entry process is now open for the first-ever ORC Double Handed European Championship to be held over 2-10 July 2021. The event is being held concurrently with the Aegean 600, a non-stop 600-mile full-crew race tour of the Aegean Sea that also starts and ends in Sounio.

The ORC DH Europeans is a new event in the portfolio of annual ORC World and European championships, one that harnesses the growing enthusiasm for Double Handed sailing following the proposal by World Sailing for this to be included as a mixed gender two-person offshore keelboat event in the Olympic program for the 2024 Games in Paris.

The regatta will be based at the Olympic Marina, gateway to the Aegean Sea, 70 km southeast from central Athens and just north of Cape Sounion. The format consists of a short Coastal Race and a Long Offshore Race worth 1.0 and 1.5 points, respectively, with registrations and inspections starting on Friday, 2 July and concluding on Sunday, 4 July before the Coastal Race start on Monday, 5 July. The intended length of this race is 10-12 hours on a course set in the Saronikos Gulf and the Cyclades islands.

After a recovery day on Tuesday, racing will resume on Wednesday, 7 July with the Long Offshore Race of 60-72 hours duration in the same course area in the Aegean. Awards will be given in a Closing Ceremony held on Saturday, 10 July. Entries are open to all boats with a valid ORCi DH certificate with a GPH rating from 700 to 500 seconds per mile. Class divisions will be determined at the closing date for entries on 4 June, with no more than three classes defined with expected GPH ranges of 80-120 s/mi per class.

All entries are expected to have their boats and crew suitably prepared for Double Handed racing, and are expected to have experience in participation in offshore racing of extended duration. Trophies will be awarded to the top three winners in each class, and additional prizes may be awarded to the top three male, female and mixed gender crews in each class.

“The Aegean is considered the cradle of western civilization,” said Ioannis Maragkoudakis, Commodore of HORC, “and it’s due to these deep roots of life on the sea that we have a rich maritime heritage in general and a robust sailboat racing culture in particular. Xenios Zeus, the ancient Greek god of hospitality, promises to provide to all participating crews exceptional hospitality and exciting racing.”

“We are very excited that our friends at HORC have organized this important new ORC championship,” said Bruno Finzi, Chairman of ORC. “There is a long history of competitive offshore racing in Greece, and the Aegean Sea is both beautiful and challenging, so we encourage all offshore sailors to considering joining us in Sounio for this significant new event that for some may be on a pathway to the Olympics.”

Facebook
Twitter
Pinterest
WhatsApp
Previous articleA decisive weekend for the Prada Cup, on Saturday we return to racing
Next articleBack to land, next is Cousin the 23rd skipper on this Vendée Globe