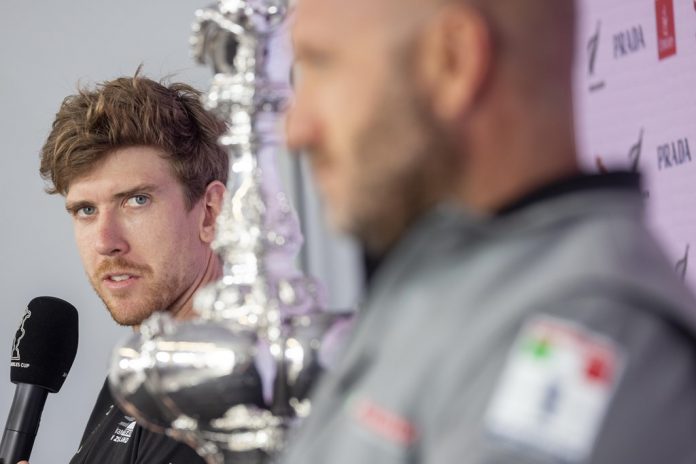 After almost four years, it is finally time for the 36th America’s Cup presented by Prada – and what a lead-up it has been. As Defender, Emirates Team New Zealand have overcome massive obstacles to prepare for this event, and having dealt with the many hurdles in so many different forms, the entire team has always maintained focus on one goal- Winning the event and retaining the America’s Cup for New Zealand.

Right from the start, when the AC75 Class Rule was created after securing the 35th America’s Cup in Bermuda in 2017, Emirates Team New Zealand wanted to bring fast, maneuverable and spectacular racing to the Hauraki Gulf, and having done this, we are only too aware of the unique circumstance surrounding the finals of the oldest international trophy in sport – the great unknown.

Every Defender of the America’s Cup must work, test, develop and train on their own – waiting for one team to overcome all the Challengers. Luna Rossa Prada Pirelli achieved this on February 21st, and having won the Prada Cup and the right to become the official Challenger for the 36th America’s Cup presented by Prada, they are hungry to go one step further, when racing is scheduled to start just after 4pm NZT on Wednesday 10th March.

But as a team, Emirates Team New Zealand is prepared.

From the moment the America’s Cup landed in New Zealand nearly four years ago, our designers, engineers, boatbuilders, shore crew, and sailors have been focused on one thing – creating a boat to beat all comers. To achieve this our team has been working quietly away, doing everything possible to squeeze every ounce of performance out of the boat, the sail plan, and the eleven athletes onboard.

The outcome is Te Rehutai, the boat we will use to defend the America’s Cup, and in the lead up to the Cup we have been out on the water, training relentlessly, pushing hard, and focusing on being battle-ready. The effort has been enormous, the focus intense, and the commitment absolute from every single member of our team, who know that until the start of race one of the 36th America’s Cup Match, nobody has any clear idea of the relative speeds of the two teams. Past results mean nothing here – this is the pinnacle that all crews aim for, the ultimate test in yacht racing, to win the greatest prize in sailing – the America’s Cup. The final push begins now.