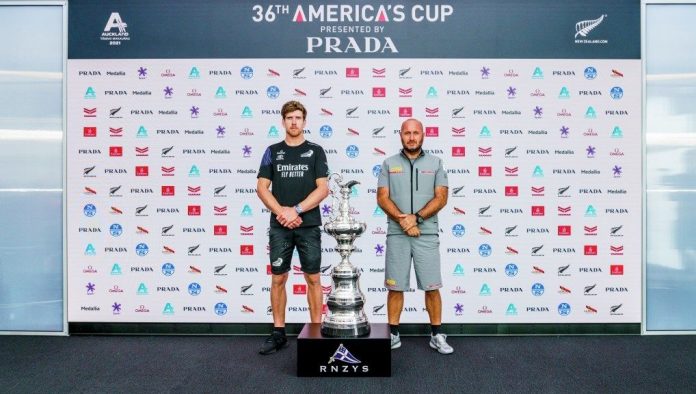 Luna Rossa Prada Pirelli reaches the final after a full month of racing against the other two challengers in the PRADA Cup: NYYC American Magic and Ineos Team UK.
The first period of racing started in mid-January with the round-robin series. In the semifinals, Luna Rossa Prada Pirelli appeared more confident in the maneuvers and boat handling, earning the right to race in the final of the PRADA Cup, with four consecutive victories against the Americans.

The final against the British confirmed a clear improvement in the performance of the boat, in terms of speed, even in the stronger wind conditions in which Luna Rossa had appeared less comfortable. On February 21st, with 7-1 score, Luna Rossa beats the English team Ineos Team UK and wins the PRADA Cup, gaining the right to face Emirates Team New Zealand in the final match of for the 36th America’s Cup presented by PRADA.

After the postponements caused by the lockdown in which Auckland activities were blocked due to the COVID 19 alert level 3, with the reduction to level 2 racing can finally start.
Tomorrow, Wednesday March 10th at 4.15 pm the two teams will come face to face, for the first time since the December races of the America’s Cup World Series.
After the first two tests scheduled for Wednesday, there will be one rest day and then racing will resume on the weekend, starting from Friday. For the first two days, with Auckland still on alert Level 2, the racing courses close to the coast will be banned to avoid crowds; the only courses available will be course A, towards Takapuna, and course E near Waiheke Island.

“Now we can really say that we are in the America’s Cup. It’s been a long journey to reach this point, with pitfalls and tough moments. We are very happy to have won the PRADA Cup and reached the first of our goals, which was to race against the Defender. It is an important moment for us and represents the result of three years of hard work. We have proved that we would not give up, even when everyone had signed us off. The whole team is fully focused on racing. We’re ready to give our very best without forgetting our final goal and why we are here. It’s obvious that when you are in an America’s Cup final anything can happen, it’s not just any regatta, you are up against the best and to beat the best you have to do better than them.”