Swan is the protagonist at the Rolex Capri Sailing Week 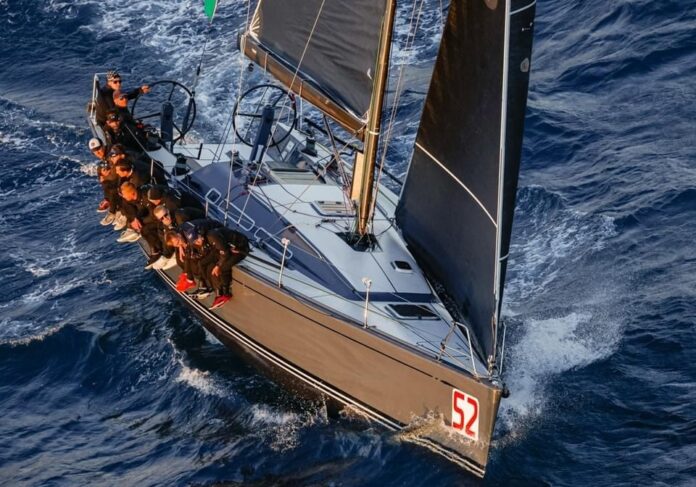 In the beautiful setting of Capri, an extraordinary edition of the Rolex Capri Sailing Week has just ended, one of the most awaited events, with a completely new format, which has seen the participation of the finest European sailing in the last two weeks.

On May 10th the event kicked off with the Maxi Yacht Capri Trophy, with racing dedicated to the Maxi classes, among which a fleet of  Swan yachts stood out for their elegance and performance.

Swan 601 Lorina and Swan 65 Shirlaf, in fact, finished in second and third place respectively in this competitive fleet.

Since May 14th, however, all eyes have been on a special edition of the Regata dei Tre Golfi which this year was also the offshore race of the ORC European Championship.

Starting from Naples, the fleet traveled up the Tyrrhenian coast to the Island of Ponza, to cross the finish line at Capri. Thirteen Swan yachts competing, with the crews truly put to the test by a long and challenging windward leg, at the end of which two Swans conquered the podium:

• In the ORC ranking, third place Overall goes to ClubSwan 42 Fantaghirò, with no less than 6 other competing Swans in the top-ten;

• Undisputed success both in the Maxi and in the combined scoring (MYCT + 3G) where the leadership of two Maxis from the Finnish shipyard is confirmed: Shirlaf, from Giuseppe Puttini in first place (thus also winning the coveted Rolex Capri Sailing Week Trophy) and Lorina , Jean Pierre Barjon, following to take second place.

The race schedule has then seen the windward/leeward racing of the ORC 2021 European Championship with 62 boats from 12 different nations competing. After a first day with a complicated start for the Race Committee, due to unstable weather conditions, three races were completed, which again saw Nautor’s Swan at the top of the provisional ranking: the Swan 45 Tengher in ORC A and ClubSwan 42 Fantaghirò in ORC B.

Grand finale on the last day of racing, with an all-Tuscan match race for the leadership of fleet B, at the end of which the team of Carlandrea Simonelli won, aboard Fantaghirò, leaving the first place to Andrea Rossi , at the helm of Mela, both sailing under the burgee of the Club Nautico Marina di Carrara.

On the lowest step of the podium, another ClubSwan 42, Renzo Grottesi, with the Be Wild team.

Fantastic performance also in fleet A, where the German Swan 45 Fever won silver.