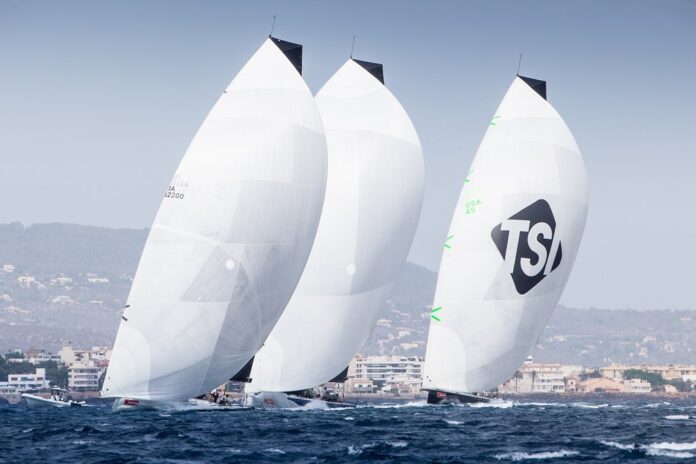 The Copa del Rey MAPFRE remains faithful to its roots as an open, inclusive regatta and this year brings together boats in nine classes: five One-Design classes that compete in real time and four that sail with a computed handicap allowance sailing. Today the focus is on the two classes representing the size extremes of the fleet in terms of overall length: IRC 1 and the Herbalife J/70.

IRC 1
IRCs 1 will compete under compensated time using the popular international IRC formula, a system developed by the Royal Ocean Racing Club (RORC) and France’s Union Nationale pour La Course au Large (UNCL). The fleet of this edition includes several TP52s, including French Stephan Neve’s Paprec Recyclage / SOM IX (third in ORC 0 class in 2019 and in IRC 1 back in 2016) and Russian Vadik Yakimenko’s Freccia Rossa (#3 in IRC 1 class in 2018). The TP52s are high-performance boats of 15.8 metres in length. They originated back in 2001 from the Transpac Race and so have just celebrated their 21st  anniversary as a class and nowadays the latest generation of boats compete in the 52 SuperSeries.

The Wally 60 Good Job Guys, owned by Lucas Massa, competes in IRC 1 class. She is 18 metres long and has raced all over Europe and the Mediterranean and is the biggest boat at this 39 Copa del Rey MAPFRE.

The IRC 1s will sail a maximum of 11 W/L races between Monday, August 2, and Saturday, August 7.

Herbalife J70 class
The J/70s will compete for the first time in the Copa del Rey MAPFRE, increasing the number of classes that sail in real time. The J/70s have a 6.93 meters length, a displacement of almost 800 kg. and their minimum crew for this boat is three people. Teams from Spain and Italy will participate in the debut of the class in the waters of the bay of Palma.

The Herbalife J/70 class will complete a maximum of 15 W/L races from Monday, August 2, and to Saturday, August 7.