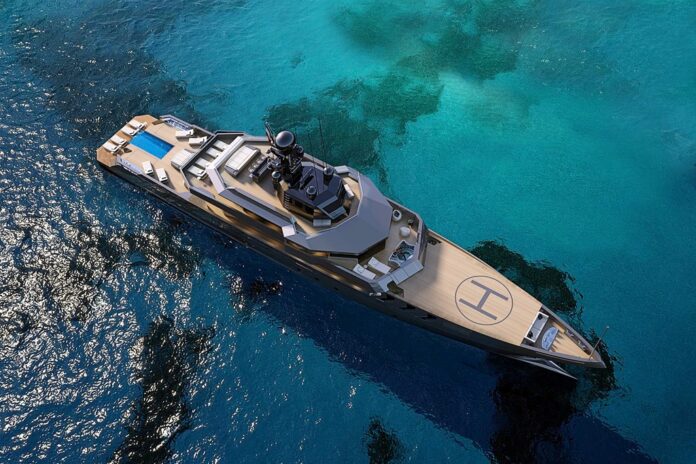 Antonini Navi makes its debut at the French boat show, held next September 7 to 12, where it will be showcasing scale models of the brand’s Crossover, Island and Explorer concepts, based on the UP40 modular platform and currently under construction at the company’s La Spezia shipyard. Also on show will be the scale model of the new OPV 56.

Antonini Navi, the maxi-yacht builder established in 2019 by the storied Gruppo Antonini Spa and managed directly by the same family in close partnership with partner and commercial director Aldo Manna, will be attending the 2021 Cannes Yachting Festival next September 7 to 12.

The large and inviting stand will welcome visitors who want to learn more about the now famous Utility Platform UP40 project, showcasing scale models of the Crossover, Island and Explore versions born from the creativity of multiple-award winning architect and designer Fulvio De Simoni, based on the approximately 40-metre modular steel platform now under construction at the company’s La Spezia shipyard.

On show at the stand will also be a scale model of the brand’s latest model, the new Offshore Patrol Vessel (O.P.V.), a 56-metre yacht under 500 GT. O.P.V. 56, also designed by Fulvio De Simoni, is a totally aluminum yacht with an unequivocally military style featuring an imposing high bow and clean, stripped down lines that give the vessel a unique personality.

Numarine launched the first unit of the long-anticipated 37XP model. After the delivery to the owner, the expedition superyacht will transfer to...
Read more
Yachts News

The Italian company headed by Giorgio Besenzoni is back at the Cannes Yachting Festival – which will take place from 7 to...
Read more
- Advertisment -