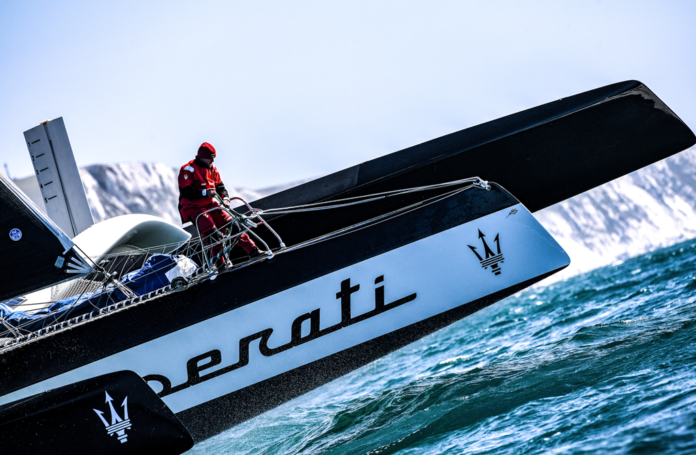 Maserati Multi 70 and Giovanni Soldini are ready to participate in the 49th edition of the Rolex Fastnet Race, organized by the Royal Ocean Racing Club. The historic 695-mile regatta will start from Cowes (UK) on Sunday 8 August at 11.00 UTC (13.00 Italian time). .

Founded in 1925, the Rolex Fastnet Race takes place every two years and is one of the most famous offshore races in the world. Its route includes passages under the coast and offshore, in an area where the variables involved are many, between intense winds and changing currents.

The competing boats will start staggered from Cowes, on the Isle of Wight in the south of England, and will head west. Leaving the Solent via the Needles Channel, they will have to pass Land’s End and cross the Celtic Sea to Fastnet, the rock off the coast of Ireland from which the race takes its name. Once lapped, the competitors will turn back to the finish, off Cherbourg on the northern coast of France.

There are 453 entries in this edition of the regatta, divided into 13 classes: the number of competitors has almost doubled since the previous edition, confirming the Rolex Fastnet Race as the offshore regatta with the most participants in the world. Maserati Multi 70 will have to compete with 15 other multihulls, including the American MOD 70 Argo, by Jason Carroll, already met in numerous challenges in recent years (RORC Caribbean 600, CA 500 and Transpacific Yacht Race).

Among the multihulls competing there are also three 105 ‘maxi trimarans, the French Ultim 32/23 Actual by Yves Le Blevec, Sodebo Ultim 3 by Thomas Coville and Maxi Edmond De Rothschild by Cyril Dardashti, which in 2019 set the record for multihulls in the regatta (1 day, 4 hours, 2 minutes and 26 seconds). The 80-foot maxi trimaran Ultim’emotion 2 by Antoine Rabaste, already met at the RORC Caribbean 600 in 2020, will also be present. The only other Italian participant alongside Maserati Multi 70 will be Prysmian Group, Giancarlo Pedote’s IMOCA 60.