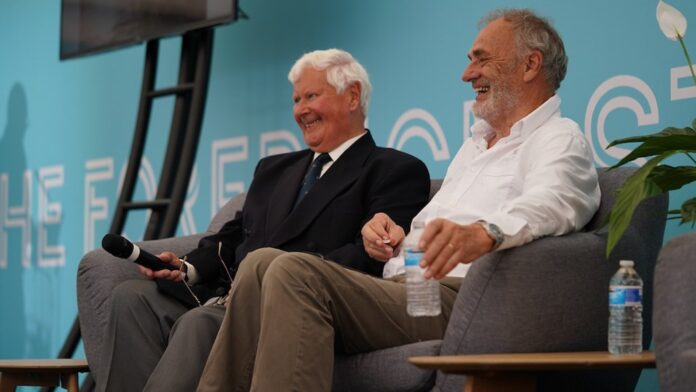 Only two more years until the start of the Ocean Globe Race and the return of amateur ocean racing, to celebrate the 50th anniversary of the 1973/1974 Whitbread Round the World Race .

Sir Chay Blyth, who skippered the British maxi yacht Great Britain II to elapsed time victory in that pioneering event, has agreed to become the OGR Patron and will fire the starting canon on the 10th September 2023 for a fleet that currently stands at 22 yachts representing 14 Countries.

Where will the race start from? Don McIntyre , Founding Chairman of OGR: ” It would be fantastic to celebrate the 50th anniversary of the Whitbread with a departure and arrival in the UK, but there is strong competition from European ports to host one of the main world sailing events of 2023 and 2024. Other ports are also candidates to host stopovers in South Africa, Australia and South America, and share the international media exposure of the race . “

The announcement of the final route is expected early next year.

Sir Chay Blyth, veteran of the 1973/1974 and 1981/1982 editions, welcomes the return of amateur races around the world: “After the first Whitbread, these races became more professional to end up with expensive and sophisticated yachts requiring disproportionate levels of sponsorship. This has contributed to the exclusion of amateur teams against which I have always been against. Today, the Ocean Globe Race is a return to the golden age of ocean racing, and encourages participants to enter production or historic Whitbread yachts, giving amateur sailors the opportunity to take on one of the world’s greatest challenges. I know hundreds of people who would jump at the chance to go around the world via Cape Horn. For many of them, it will be a once in a lifetime opportunity, now it is time to seize it with both hands! “