The 384-foot project Y719 by Oceanco just hit the water 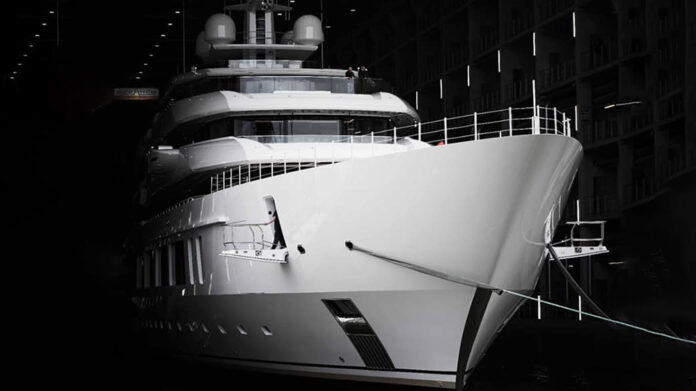 The Dutch yard just successfully completed its 34th launch and sent its largest superyacht to date out onto the high seas. The behemoth, known as Project Y719, spans an imposing 384 feet from tip to tail, and is also the Netherlands’ biggest build yet, according to Oceanco.

While Oceanco has been decidedly tight-lipped about this project, the newest member of the fleet features a sleek steel hull, aluminum superstructure and no less than five decks. It’s also slated for a 2021 delivery, which means we should see it on the water with a new owner within the next few months.

Upon delivery, the 384-footer will rank among the world’s top 30 largest motoryachts, alongside a spate of other recently launched super-sized superyachts, including Lürssen’s 466-footer Nord and Lloyd Werft’s 476-footer Solaris.

Project Y719’s time at the top spot may be rather short-lived, however. Oceanco is set to launch a new sailing superyacht, known as Project Y721, which stretches an astonishing 417 feet and will become the biggest ship in the Oceanco family upon launch. There have been rumors this hulking vessel was commissioned by Jeff Bezos, Amazon’s founder and the wealthiest person on the planet, but Oceanco has not confirmed this. 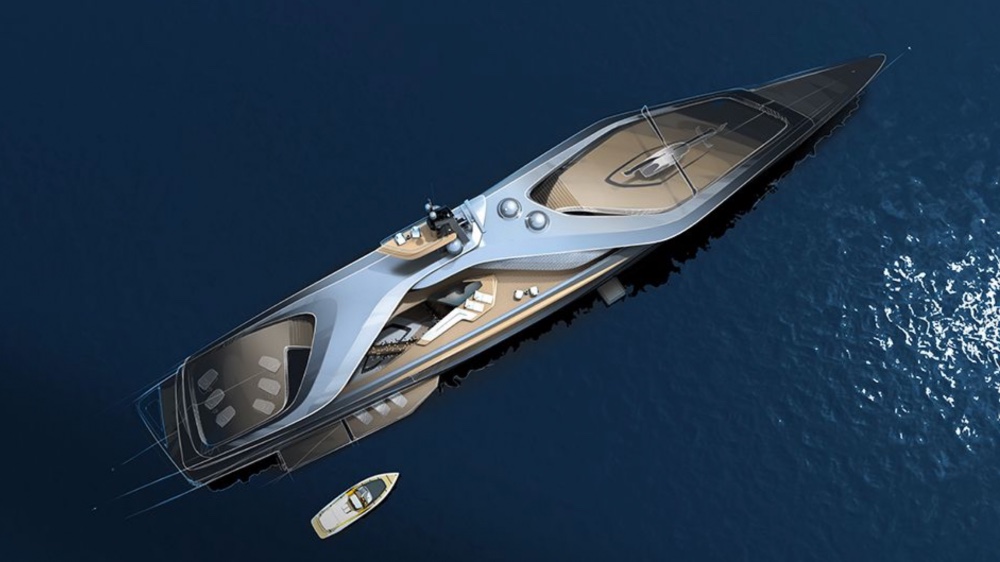 Pininfarina Lateral and Oceanco have partnered to create the Kairos project of electric superyachts. Courtesy Pininfarina

The boating giant has other big projects in the works, too. Oceanco recently joined forces with Pininfarina and Lateral to debut a new 295-foot battery-powered gigayacht concept known as Kairos. The first-time partnership between the significant players promises to herald a breakthrough in sustainable design.

Bigger could be better, after all.

The custom superyacht Shinkai was recently transferred from Feadship’s construction hallway in Aalsmeer to the builder’s outside dock for final outfitting ahead...
Read more
Superyachts

A good cinema is part and parcel of a luxury superyacht, but acclaimed German yacht designer and naval architect Frank Neubelt has really...
Read more
Superyachts

The vessel has a fully open exterior deck which has room for its own small nature park. It would also cruise emissions...
Read more
Superyachts

Benetti has chosen the Monaco Yacht Show, the international event traditionally reserved for superyachts, to take stock of the brand’s initiatives in...
Read more
Superyachts

The Monaco Yacht Show returns on Wednesday, with pent-up demand among owners and builders after a year of either canceled or smaller...
Read more
Superyachts

At 76 metres overall with a maximum beam of 12.5 metres, the steel and aluminium Apache project is based on a brand...
Read more
- Advertisment -