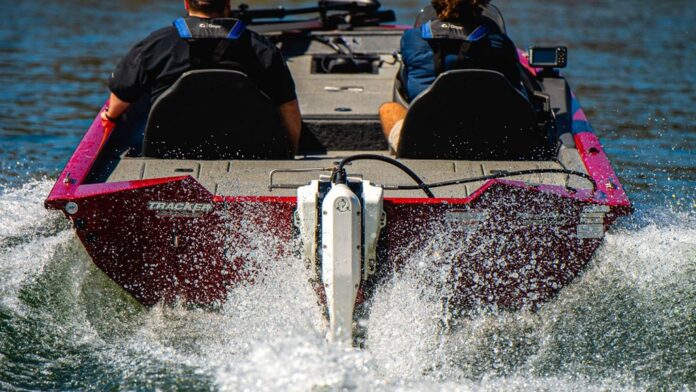 On November 22, US automaker General Motors Co. acquired a 25% stake in Pure Watercraft.

Founded in 2011, Seattle-based Pure Watercraft manufactures electric motors for boats powered by lithium-ion batteries and uses a plug-and-play focused design that allows any boat hull to use its own motors. The lithium-ion battery pack that it offers is thermally managed for high performance and long life, and has the best ratio between weight and stored energy, compared to any battery pack used in the marine environment, about the same as that of the Tesla Model 3.

Following the announcement of the investment in Pure Watercraft, shares of General Motors Company (NYSE: GM) rose by more than 4.6% from the base value of USD per share: 64.48, approaching the recent highs of USD 65.18 per share.

While no details have been provided on the amount of the Pure Watercraft operation, the deal is part of GM’s plan to invest $ 35 billion in electric vehicle technology by 2025. The collaboration will also combine marine propulsion technology. of Pure Watercraft with GM’s engineering, supply chain and manufacturing capabilities, to develop and commercialize battery-powered electric propulsion systems.

“Building on GM’s current efforts to implement our technology in the rail, automotive and aerospace industries,” said Dan Nicholson, GM’s vice president of Global Electrification, the combined experience of our two companies should translate into future offerings of marine products with zero emissions “.

The automaker General Motors in October defined its development plans which aim to double its revenue by 2030, making it the leader in electric vehicle sales in the United States. GM has announced that it will reveal all products developed by the partnership with Pure Watercraft only at a later date.

The salient facts of the recent history of Pure Watercraft

In December 2018, Pure Watercraft released the new marine propulsion battery pack, designed to power outboard motors, with a capacity of 8.85 kWh (47% more capacity than the previous model). The new battery pack, designed by Panasonic (which uses lithium-ion cells) offers a high energy density (energy per pound), corresponding to that of the best electric cars. This new fuel system is optimized for use on outboard engines between 9.9 and 40 HP, instead of the energy provided by fossil fuels.

Precisely to implement both the research and development of new technologies and its own productivity, in December 2020 Pure Watercraft obtained a loan obtained from L37, a venture capital and private equity company, for a total of 37.5 million USD, which follows an earlier $ 23.4 million capital injection.

In January 2021, Pure Watercraft acquired ELUX Marine to expand its commercial network, a company that will remain focused exclusively in the yachting sector with the launch of Pure Watercraft electric boat systems in the Upper Midwest: it is the largest pro marine market. capita in the United States, where inhabitants spent 924 million dollars on boats in 2019 (up by 6.5% compared to the previous year), confirming the constant growth trend recorded in the last 10 years.
In June 2021, Pure Watercraft became the 55th company to join ZETA, the American Zero Emission Transportation Association based in Washington DC. ZETA is the first association of its kind backed by the industrial sector to work towards the full adoption of electric vehicles (EVs) by 2030. The vision of this “Association” is to ensure American leadership in the worldwide production of electric vehicles by bringing together under a common umbrella industry, supporters and non-governmental organizations pushing for a rapid transition to zero-emission mobility, including on water.

The OTAM 58has always been a best-seller, but the 26th hull in build at the Genoese shipyard – appropriately named ‘Bad Boys’...
Read more
Boating

Arc, a startup that launched 10 months ago with ambitions to electrify everything on the water, starting with a limited-edition $300,000 boat,...
Read more
Boating

The Rebel 55 represents the culmination of Christian Grande's stylistic expression to enhance the soul of the Rebel range by Sacs: the...
Read more
Boating

Rio Yachts, historic Italian excellence, in the year of its 60th anniversary presents a novelty in the name of freedom and luxury:...
Read more
- Advertisment -