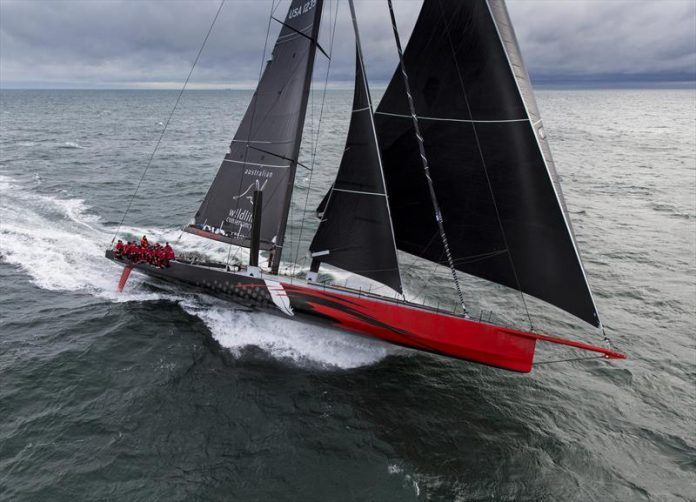 Furling systems and their attendant foresails have been one of the standout developments of the last three decades.

Driven initially by the needs of high-performance short-handed sailors, looking to do more with less, furling technology has been adopted by fully crewed race yachts as spinnaker booms have given way to bowsprits and double-luffed spinnakers and bloopers have been replaced by asymmetric foresails and Code Zeros.

It wasn’t too long before the foiling generation recognised that furlers were de rigueur for America’s Cup and Volvo Ocean Race yachts, where working forward in the more traditional way, was no longer an option.

The technology is also turning the heads of performance cruising boat owners and crew – keen to work only from the safety of the cockpit.

Founded in 1993, KZ Marine’s primary business is designing and building some of the world’s best-performing sail furling units for race yachts. Their components are found at the pointy end of most Grand Prix inshore and offshore yachts like the AC75, mini maxi, TP52, super maxi, VO65, and IMOCA 60. They also make Leisurefurl in-boom furling systems.

But it doesn’t stop there. Their skill as a machine shop has bought in new business from their existing customers in the form of one-off machined parts says James Gordon, general manager of KZ Racefurlers.

Being a small team means that at KZ Marine, there are few days when there is little to do – but being a small group is part of what makes them one of New Zealand’s great marine companies. The team of 10 office and manufacturing staff each end up having a few different hats to wear, but as a company, it makes them agile and manoeuvrable. Doing things outside the norm is easy.

“We do a fair bit of custom machined parts here,” says James. “Often, it comes from guys who we have built furling units for that turn around and say, ‘Hey do you think you could make this for us as well?’ And that has led us up to building things that will be used on the AC75s.”

In recent years, yachts have been getting faster. Their foresails have become bigger and flatter. Furling units are becoming an ever more critical part of a boat’s kit. By furling and unfurling sails, crews can launch and land enormous sail plans or change gear rapidly, to stay in sync with the conditions. Manoeuvres and sail changes happen with comparative ease compared with the wrestling match that used to occur on the foredeck of yachts as crews try to strangle and smother flapping sails.

The nature of these sails means that the loads they place on the yacht are both dynamic and enormous. KZ Racefurlers builds furlers that are up to the task with a safe working load ranging from 1,000kg to 40,000kg – that’s enough to safely hold anything from a cow up to an empty Boeing 737-800.

The trend in furling loose-luffed sails – a staysail, code zero or gennaker that does not have a permanent stay attached – has shifted sideways into superyachts and downward to mum-and-dad gulf cruisers. The latter benefiting greatly from being able to carry a much more extensive array of sails without needing extra hands on board.

“The design of the furler itself doesn’t change drastically between what we would put on a racing yacht vs what you might see on a cruising boat. The biggest difference between the two is the materials used. Cruising boats typically have cost as their main driver, so use predominantly stainless steel, which makes their gear heavier and larger,” says Gordon. “Whereas, racing boats – as they progress up the performance curve – are often more performance orientated than budget, so opt to use more and more titanium, to save both weight and windage on their gear.”

KZ also works closely with sailmakers like North and Doyle to make sure their equipment keeps pace with evolving sail technology. They now make integrators, which are a special type of swivel that goes on the bottom of a gennaker. The integrator allows the torque to bypass the tack of the sail and travel up to the head so that the same furler can furl a sail from the bottom-up or the top-down.

“Deeper downwind sails can’t really be furled from the bottom up,” says Gordon. “You end up with a massive bag at the top and a tight bunch at the bottom. Furling from the top-down gives a much tidier furl and means you can get the sail stowed away easily and safely.”

As sailmakers have recently been exploring the idea of structured-luff reaching sails – removing the cable that previously took the luff tension and furling torsion in a code zero in favour of some unidirectional carbon fibres in the sail itself – KZ Marine has been staying at the forefront. James and his team machine special tack-plates to link the sails to the furler, which more effectively transfers the torque into the sail to make it roll away.

It is not just sailing technology that is front of mind for the team at KZ but manufacturing technology as well. Furling line guards which were previously machined out of acetal, a tough plastic commonly used in marine applications, are now 3D printed. The weight savings of this development on a part that already felt quite light, are staggering. With weight at the yachts lateral extremities being almost as crucial as at its vertical extremes, this offers a worth-while performance gain for their customers.

“Once you start using a bit of titanium in the metal parts and 3D printed guard, you can pull a lot of weight out of the unit, particularly the larger ones. It all adds up,” said Gordon.

Looking at KZ Racefurlers’ list of notable customers is enough to tell you that their equipment is some of the best available. They are part of the fabric that makes the New Zealand marine industry famous worldwide.