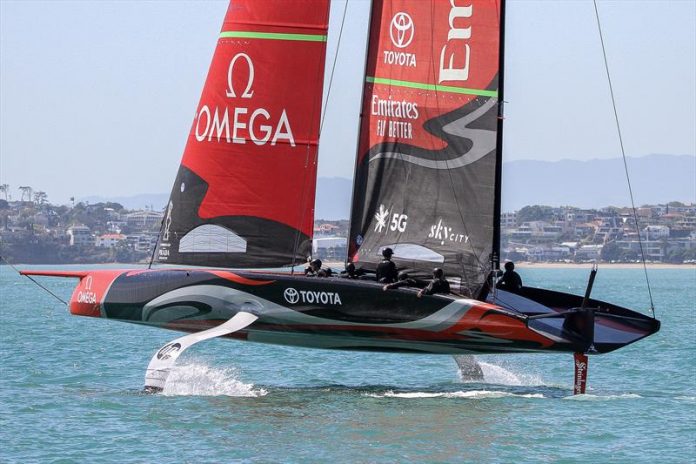 With less than a year until the start of the America’s Cup, the future of the event is still unclear.

Border restrictions, due to the Covid-19 coronavirus, mean that teams might find it difficult to get sailors to New Zealand to begin their lead up to the event, which is scheduled for March 2021.

Yachting journalist Richard Gladwell said he expected the cup to go ahead and for New Zealand to emerge from lockdown as quickly as it went in.

He told Checkpoint the Olympics being postponed was an advantage for the New Zealand team involved in the America’s Cup, but the problem would be getting Cup teams through the “immigration keyhole”.

“There are only a few teams, three or four challengers to come in, only 100 in a team, which is not that many, very easy to quarantine,” he said.

“Where the bases are built at Wynyard Point [Wynyard Quarter], it’s very easy to close it off to the public.

“They [Immigration NZ] need to look at making an exception to bring those guys through and put their own control measures in place as a team. There is no point in them taking any risks at all with their health … they’ve already lost enough time from the programme as it is, they should be fine. There just has to be a way to get them through the migration keyhole into New Zealand.”

Although teams were going to have to work out how to catch up on time practising that they will miss because of Covid-19, Gladwell said, New Zealand’s infrastructure was ready now to host the Cup.

“Very unusual situation for it to be ready this early … the teams want to get to Auckland as quickly as they can … they have to have some practice as early as they can.’

He said the Cup would provide a boost for the tourism industry.

“The Cup looks like a very good investment right now as it’s going to give New Zealand a big shop window for the world,” Gladwell said, adding that in previous years the Cup has lifted the profile of the areas they were held in.

“If we didn’t have the Cup here, you’d be really scratching your head to come up with an idea to kick-start the tourism industry. The Cup has an event profile that very few other events have.”