Baglietto + CCN: Gavio merges the two companies and makes one only brand 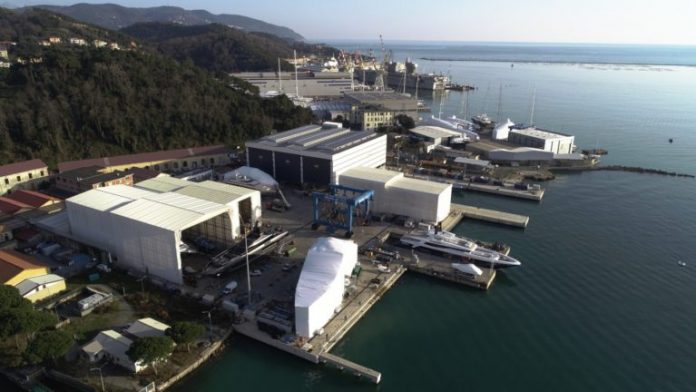 The Italian newspaper La Repubblica has reported in its edition published this morning the intention of Gavio Group to create one only yachting hub under the brand Baglietto. The operation consists in combining the synergies and efforts of the facilities based in Carrara and La Spezia. As a consequence CCN, in terms of production, will be incorporated in Baglietto. The yard has confirmed all the terms reported in the article.

The Gavio family is studying the reorganization of its activities in the yachting business, including the merge of CCN in Baglietto, which will be soonbecome one only brand. This is not the only operation in the plan: Gavio Group has also announced the intention to bring to the Italian construction sites part of the finishing works of the Bertram Yachts production, iconic American brand, also in the Gavio’s portfolio. As a result, they will be able to intensify the Made in Italy production, opening at the same time a representative office in Europe of the Tampa-based company.

The entire plan is scheduled to be completed within the year and is mainly targeted to maxime all the synergies of the yards in La Spezia and Carrara, cutting facility costs but preserving the entire workforce. The idea is to focus the production on the Baglietto brand, symbol of the Made in Italy history, tradition and yachting culture; CCN will contribute to the success of this operation bringing a dowry of other skills such as low environmental impact engines (Vanadis is the only Made in Italy motor boat to have received the “hybrid power” certification  by Lloyds Register, being able to cruise at zero impact).

The new Baglietto will be specialised in the construction of yachts from 30 to 70 meters, in steel / aluminium and fiberglass and will be organized in two production sites: La Spezia and Carrara. Both facilities have been recently renovated and widened so to occupy a total covered area of 18,000 sqm + other 30,000 as external area.

According to the new plan, in Carrara – where they actually concentrate the CCN production – they will bring the construction of the new hulls, while the La Spezia yard – now Baglietto HQs – will be entirely dedicated to the outfitting stage and ordinary and extraordinary maintenace works. Currently at the La Spezia-based yard, Baglietto is completing its largest yacht ever built since 2012: sold to an American owner, the yacht measures 55 meters in length with 900 GT.

In terms of workforce – between La Spezia and Carrara – the group directly occupies 80 people, for a total of 500 if local subcontractors and supply are taken into account.

More specifically, as to the plan for Bertram is concerned, leader in the pleasure boats and sport fishing yachts, the new division will be opened with the aim of increasing the number of sales in Europe. Production will remain in the U.S., in Florida, concentrated in the new Tampa-based facility, with the possiblity for European clients to have their boat outfitted in Italy, so to also reduce the impact of custom duties imposed by the U.S..