Fincantieri: Viking Venus floated out today at the shipyard in Ancona 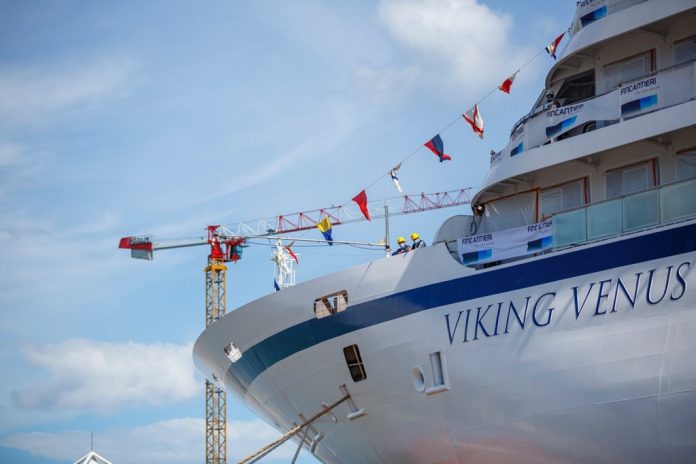 Trieste, June 11, 2020 – “Viking Venus”, the seventh ocean cruise ship which Fincantieri is building for the shipowner Viking, was floated out today at the shipyard in Ancona. Interior fittings will now begin, leading the vessel to its delivery, scheduled in 2021.

The unit will be placed in the small cruise ship segment. As its sister ships, she will have a gross tonnage of about 47,800 tons, 465 cabins with accommodation for 930 passengers.

The Viking units are all built according to the latest navigation regulations and equipped with the most modern safety systems, including the “Safe return to port”. They also feature energy-efficient engines, optimized hydrodynamics and hull thereby reducing consumption, as well as systems which minimize pollution produced by exhaust gases, meeting the strictest environmental regulations.

Fincantieri started its partnership with Viking in 2012, trusting the shipowner who was entering the ocean cruise market as a start-up. Today, the cooperation which first began with an order for two ships, has reached a total of 20 units, including the order awarded to Vard for two expedition cruise ships and the options. This is an all-time record, the largest number of units built by a shipbuilder for one sole shipowner.