HomeBoatingSeven Seas Yachts Hermes Speedster – Messenger of the Gods on the...
Boating 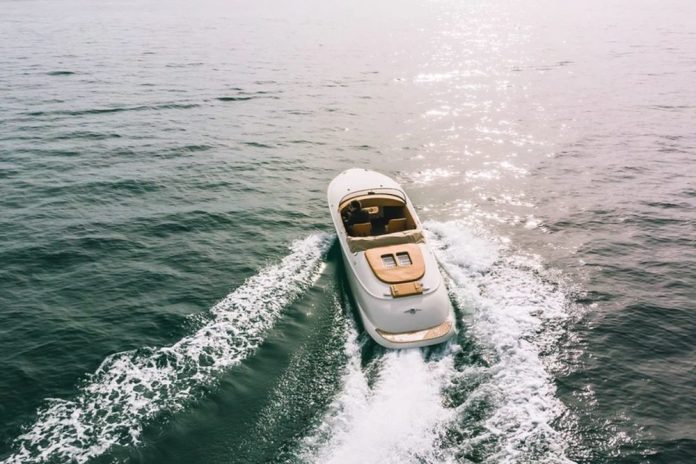 f the Hermes Speedster existed in their time, the ancient Greek Gods would have been proud to have the name of their messenger over the water. Well, it is now possible to cruise on the water with the boat of God Hermes.

The Hermes Speedster is a neat classic-styled runabout with traits reminiscent from the 1959 Porsche 356 and the gentleman-style runabout boats of the 30s’. Hermes, successfully combines luxury, efficiency, style and comfort. The natural curved lines and the absence of any straight lines, offers a dynamic motion and a unique character to the design.

Each piece of the interior, from the seats and the steering wheel to the speakers and the switches, is especially designed and hand crafted with attention to detail. Due to the convertible top, in a few seconds, you can enjoy your boat, despite the bad weather conditions. The convertible top makes the boat ideal for colder climates. Furthermore, Hermes can accommodate up to 5 people.

The innovative patented Amfihull performance characteristics are truly staggering. First of all, Hermes has a very low drag resistance which allows the use of smaller engines than similar sized boats while still being faster than its competitors. It features a really steep entry, cutting the waves with an entry angle of 72 degrees that in combination with the rest of the hull, ensures a very soft ride with no pounding as the boat cuts through the waves.

Furthermore, the boats maintain at all cruising speeds very low trim angles between 2 and 2,8 degrees. Unlike other motor boats, there is no specific speed at which they transition to plane. Instead as the speed increases, it gradually comes out of the water maintaining a nearly horizontal attitude at all times.

In Hermes, there is no hump coming on plane. This means that one can cruise at any speed from as low as 5 knots up to the boat’s maximum speed. The boat also features tremendous stability characteristics due to its extremely low center of gravity. Hermes is very stable while cruising and at rest. Like its bigger siblings, Hermes demonstrate an average consumption of 0.5L/Mile or 8MPG, claiming once again the title of “The most efficient production boat in the world”.