The Cannes Yachting Festival cannot be held this year, that’s a certainty 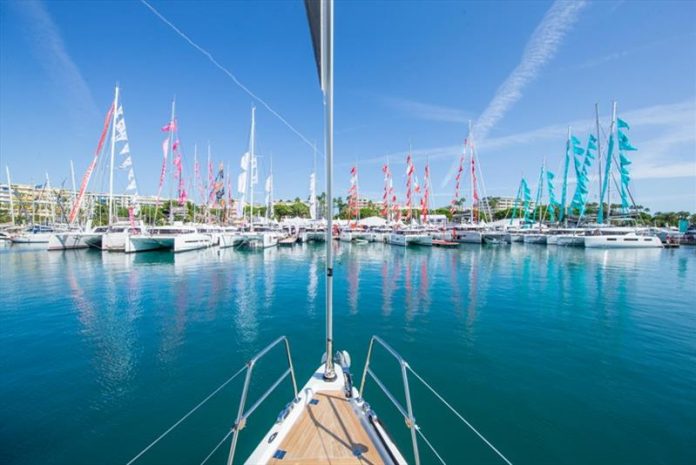 The decree of 13 August that forbids the Yachting Festival from being held due to its size, was a first blow. For months we have been making every effort to give exhibitors, in a highly safe context, the assurance that they can meet their customers, and, just as importantly, new buyers.

We had to urgently adapt our solution and request a dispensation, as required by the new law. Up to 20 August, less than three weeks before the Festival opening date and even though our service providers had already starting building the Festival, we were still optimistic as our new organisation in three zones and our new health protocol had already been approved by the Regional Health Agency and the sub-prefecture of Grasse, charged with examining the case by the prefect.

The last-minute about-turn by the prefect, under the pressure of the health situation worsening, was the second blow to the Festival, and fatal.

The requirement of the prefect was to drastically reduce the number of visitors to the Vieux Port, where 80% of exhibitors are set up, well beyond the anticipated reduction. Each day thousands of visitors would have been left waiting at the gates to the Festival despite the significant health reinforcement planned for and approved three days earlier.

A sufficient number of potential buyers visiting the Festival, even reduced to a great extent considering the current context, remains an economic imperative for exhibitors who invest substantial funds in their presentations. This is the basis of the success of any trade show, and it is the aim Reed Expositions has had for the Yachting Festival for more than twenty years, to the greatest satisfaction of exhibitors, in ever increasing numbers.

The call of the FIN (La Fédération des Industries Nautiques) on 25 August, reacting four days after the prefect’s decision to cancel was announced, to hold the Yachting Festival at all costs, is based on completely incorrect evaluations of the figures. These obvious miscalculations are even more incredible as the FIN knows the Yachting Festival very well. We are entitled to wonder what objectives the FIN is pursuing”, states Reed Expositions Management.

How many people visit the Yachting Festival?

As a broad outline, two populations mix during the 6 days of the festival: potential buyers visiting the festival and all the professionals working there (exhibitors, in-water boat crews, service providers, organising staff).

Taking into account a reduction similar to that of the exhibitors and boats of around 40%, 34,000 visitors were expected, including those coming back on a second day.

The flow of these visitors is spread out very unevenly according to the days of the week and the time of day, leading to peaks in crowd numbers. This can vary from 1 to 4.

Regarding professionals, the number of which is much steadier, we would have counted 3,400 on average per day at the Vieux Port and 850 at Port Canto in the context of this year. These are considerable figures, that weigh heavily in calculating the capacity.

Why was a capacity of 5,000 people at the Vieux Port insufficient? And what would the consequences of limiting capacity to this figure have been?

Firstly, with 3,400 professionals at the Vieux Port, only 1,600 visitors would have been able to be accepted on average, which would have been much below requirements, even with the anticipated reduction this year.

With the wide variation in crowd numbers between the days and times of day, the Vieux Port would have been saturated more than half the time, with up to 3,000 visitors and buyers who had come to see the motor boats held back! There would have been twice as many visitors outside than inside, having to wait up to three hours…

We could not accept to subject visitors prevented from coming in to this situation in these proportions. The same applies for exhibitors legitimately frustrated to see their guests blocked at the entrance or leave, whereas they invest a lot. And all that two weeks before the Festival.

A scenario based on 2 distinct events at the two ports (Vieux Port and Port Canto), limited to 5,000 people per site, did not resolve the problem at the Vieux Port.

However this is the scenario that the FIN considers “conceivable” and that the prefect wanted to impose.

What solutions did Reed Expositions present to the prefecture?

On the basis of the figures reassessed for 2020, Reed Expositions proposed to the prefecture, the Regional Health Authority and the city of Cannes, to section the Festival into three hermetic zones to be able to absorb the crowd numbers at the Vieux Port while remaining under the 5,000 per site limit: two zones at the Vieux Port, where the real problem is located, and Port Canto as the third zone.

This could enable up to 8,000 people to be accommodated at the Vieux Port at a given moment. This solution meant we would be well below the 5,000 per zone set by the law, on each of the sites. To talk of Reed requesting 15,000 people at the same time is therefore misleading. The figure of 90,000 over 6 days given by the FIN is even more so.

Exceptional and unequalled measures in the department were planned to guarantee the health safety of everyone present, visitors and professionals.

These two zones at the Vieux Port were separated in a hermetic way, with people being counted coming in and going out at each entrance/exit and holding zones if required.

A reinforced human presence of 200 people was planned to guide, provide explanations and check the health measures implemented (wearing masks, social distancing) on one hand, and permanently check visitor flows on the other.

Reed’s health protocol allowed for flows to be separated in each aisle of the Festival with a separated two-way route and co-ordination at major crossovers.

Finally, regular cleaning of spaces visited was scheduled, hand sanitiser was positioned at many points and taking the temperature of all participants, visitors, exhibitors and organisation staff was automatically planned for.

“The Yachting Festival has international renown, and is also a big trade show through its size and the thousands of people visiting and working there, even taking the current context into account.

The estimations of crowd numbers to register a case at the prefecture commits the liability of the organiser and requires great rigour.

In its press release, the FIN makes four major errors:

These approximations and miscalculations are even more incredible as the FIN knows the Yachting Festival very well.

Both in form and in substance, we presented a perfectly supported case, which fit into the framework of the new law by adopting the best standards that exist.

In the context of 2020, we did not expect any profit this year. Our sole aim was to serve the French and European nautical industry, to provide some breathing space to the economy of Cannes and the region, and, lastly, to show that major trade fairs and events can once again be held in France in complete safety.

The refusal of the prefect unfortunately adds the Yachting Festival to the already long list of major international in-water trade shows that have been cancelled due to the health crisis”, concludes Reed Expositions management.

For further information about the Yachting Festival, visit www.cannesyachtingfestival.com

Paris Nautic transition at the heart of the 2022 event

Neo-retro is still in vogue

The Monaco Yacht Show takes its “seducation” approach into 2022