HomeSailingIsler and Bedford announce the completion of MWU 2020 Curriculum
Sailing 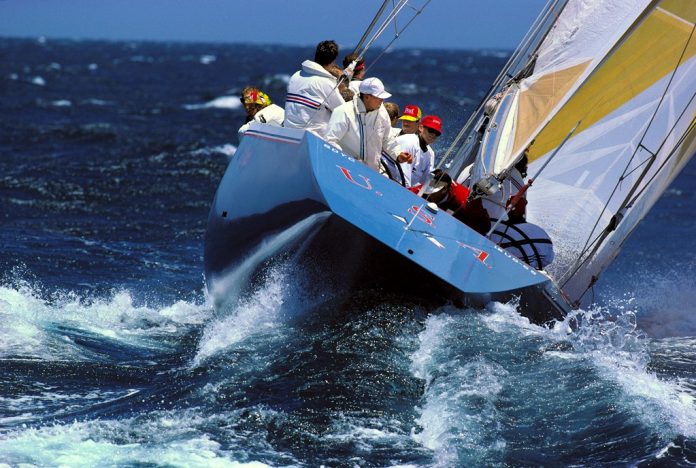 “We started off in June with the plan to produce one class per week throughout the summer. Some lectures we presented as live webinars first, and others we recorded in private.  All of the lectures, course materials and quizzes are now online. Chris has done a phenomenal job and I am proud of what we’ve created.”

“MWU truly offers a ‘university-level’ education in meteorology – geared to like-minded people who love to spend time out on the water. Chris’ lecture style is engaging and witty, and his course content is second to none. He stresses the importance of understanding the bigger picture of weather, clouds and the forces at play, in order to gain the maximum benefit from technology – the ubiquitous information provided in weather apps. My big take away has been a reminder to rely more on my eyes and brain than just to lazily put all my faith in the weather app du jour.  It helped me make better decisions on the water this summer and as a result, we won the GL52 Season Series on ‘Windquest’.”

All students have 24/7 online access to their classes enabling them to study at their own pace. Individual classes are offered as a way for interested students to sample the curriculum. They are components of MWU’s two full length courses which provide a complete marine weather education, designed by Bedford, a legend in his field. The Fundamentals Course is comprised of eight classes and MWU’s flagship, The Advanced Course is made up of 16 classes. The MWU courses meet the standards set by the American Sailing Association in its Marine Weather Endorsement.

The Forecast Funnel: example of the MWU curriculum

MWU is the first ‘school’ to be presented by Peter Isler’s Academy of Sailing Secrets. This autumn, Isler will begin building a new school with the intention of sharing his knowledge of navigation, sailing instrumentation and various software tools, including Expedition Navigation and Sailing Software. The first class will be presented as a free webinar under the Marine Weather University banner – An Introduction to Weather Routing and GRIB Files. With no technical experience necessary, Isler’s presentation is designed to be entertaining and informational, providing a taste of how software can help the sailor study the weather and help determine the safest or best route to take.  The live webinar is October 29th at 1800 PDT and it will be uploaded for 24/7 access a few days later. Click here for the registration link.

Christ Bedford: Chris is respected world-wide for the 35 years of experience and expertise in marine and coastal meteorology. He has provided his expertise during multiple America’s Cups, Olympics and Volvo Ocean Races. Chris obtained his Meteorology Degree at the University of Michigan and he now manages his company, Sailing Weather Service in his home town of Boston, MA. He has served as President of the National Council of Industrial Meteorologists and on professional boards and committees with the American Meteorological Society, Air and Waste Management Association, and the former Commercial Weather Services Association. Over the years, Bedford has written and presented numerous technical papers at conferences and for refereed scientific journals. He has also provided expert review of papers submitted for publication in professional scientific journals, as well as serving as meteorological editor for the American Heritage Dictionary.

Peter Isler: Internationally renowned sailor, motivational speaker and author, Peter Isler has parlayed his love of sailing into a career. Inextricable from the America’s Cup since winning it as navigator aboard Dennis Conner’s Stars & Stripes in Australia in 1987, he has sailed in five Cup campaigns (most recently with the BMW Oracle Racing Team in Valencia, Spain), winning it twice. He founded two America’s Cup teams including the America³ Women’s Team which raced for the 1995 Cup. Serving as a TV commentator, Peter has been a member of two Emmy award winning broadcast teams. He has covered five America’s Cups (for ESPN, ABC Sports, Outdoor Life Network, VERSUS,  ACTV and VERSUS/NBC Sports Network).  Isler has a degree in Meteorology from Yale University.Peter is also the author of five books including the best selling “Sailing for Dummies” and the Little Blue Book of Sailing Secrets.