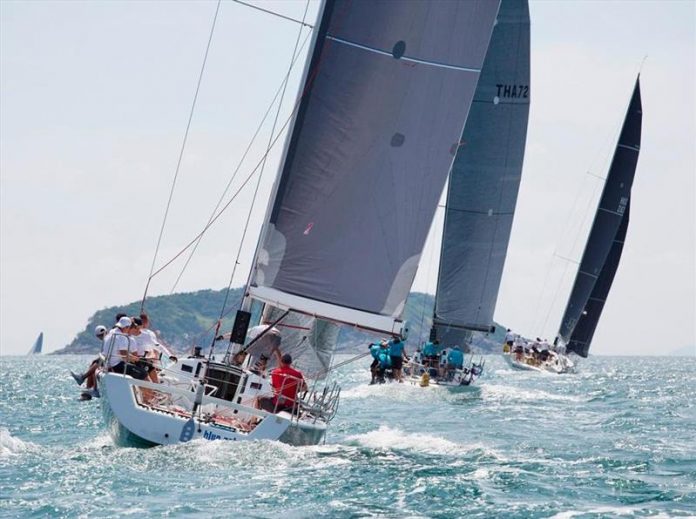 Representatives of the International Rating Certificate (IRC) from around the world met at the beginning of October for the annual IRC Congress to discuss the past IRC season and future developments. This year the planned gathering in London was not possible due to Coronavirus so the meeting was held online with delegates joining the meeting from varied time zones as far apart as the East Coast USA and Japan. One IRC representative joined the meeting from aboard his boat in autumnal Finland.

IRC Congress 2020 was chaired for the second year by Irishman Michael Boyd, supported by Vice Chairman Carl Sabbe of Belgium. Congress was sorry to hear that after 12 years of service Malcolm Runnalls has stepped down as IRC International Owners’ Representative and IRC Committee Vice Chairman. Malcolm has been involved in IRC from the point of view of a sailor, measurer and independent representative for many years and was instrumental in the introduction of IRC into Australia; his insights and wisdom will be missed. Stepping into Malcolm’s shoes is Simon James, another long time user and supporter of IRC, owners’ representative in South East Asia and a well-known Principal Race Officer across Asia.

Delegates gathered from across Europe, Scandinavia, Brazil, Japan and the USA; and from organisations including RORC, UNCL, the Royal Yachting Association and the International Maxi Association. Due to the online format and time zone constraints this year’s conference lacked the usual informal discussions enjoyed by delegates to share experiences and ideas from different perspectives and racing cultures, but more informal online meetings and discussions are expected to take place during the next year.

A number of technical developments were proposed by the IRC Technical Committee for 2021 and agreed by Congress. These include the addition of ‘flying headsails’ to the IRC sail inventory; more equitable treatment of spinnaker and whisker poles; and recognition that it is not currently possible to rate fully foiling boats fairly within the existing IRC fleet, although the Technical Committee will be exploring ways to rate these exciting, fully foiling boats in the future.

The Royal Ocean Racing Club (RORC) and l’Union Nationale pour la Course au Large (UNCL), joint owners of IRC, work closely together on a day-to-day basis through their respective rating offices with both offices accessing the IRC software on the same server, on research and technical development and on overall governance of the rule. This relationship has been further strengthened over the last year with a new collaborative agreement that will come into effect on 1 January 2021. This will result in integration of the teams based in UK and France, both employees and volunteers in one single structure, although geographical location of individuals will be maintained. We will continue to use online communication tools to manage this international team. This consolidation will enhance IRC’s operations, development and research of IRC with the the aim of delivering the best service to sailors and race organisers. RORC and UNCL look forward to the continued success of IRC racing.

Some exciting events are scheduled for 2021 including the IRC European Championship to be held in Hyeres, France in June; and the Rolex Fastnet Race in August which will finish in Cherbourg-en-Cotentin for the first time. The joint IRC/ORC World Championship due to be held in Newport, RI in September 2020 unfortunately fell victim to Coronavirus with overseas entrants unable to travel to join the event. The next World Championship is expected to be held in 2022.

The Congress Minutes, IRC 2021 rule changes and other associated documents are online at ircrating.org/about/irc-congress