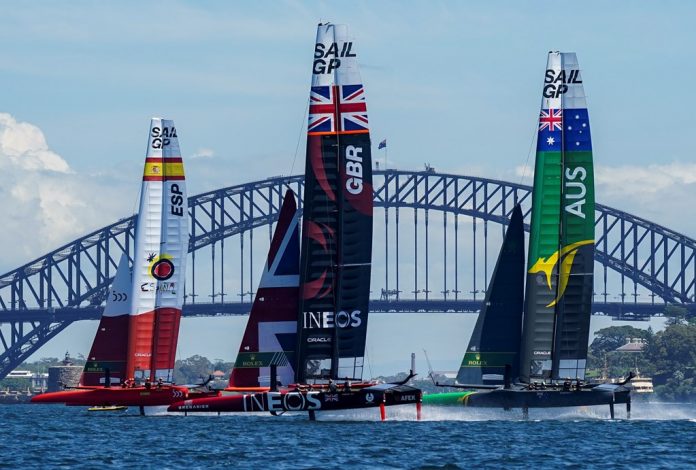 With the conclusion of SailGP’s maiden esports season – during which the first eSailGP champion was crowned, more than 146,000 unique players participated and 55,783 individual races took place – the global championship announced new plans for its second eSailGP season, including a new digital show format that debuts today.

SailGP entered the esports arena at the end of its first season in 2019 – in partnership with Virtual Regatta and World Sailing – to offer fans the chance to compete on one of the most innovative race boats in the world in the virtual environment. Laying foundations in esports was part of the league’s strategy to broaden its fan base and bring sailing to a wider audience.

A total of 16 eSailGP events were staged in 2020, amassing 753,000 views across SailGP’s social platforms. These included the pre-season eSailGP training events, seven qualification events and the eSailGP Grand Final, which saw Mike O’Donovan (GBR) beat Spain SailGP Team member Joan Cardona in a nail-biting final showdown. Additional SailGP athletes also got in on the action and went head-to-head with established gamers in a three-part Athlete vs. Gamers series.

Following the success of the inaugural season, SailGP has been working on the further development and evolution of the platform for Season 2, including the presentation of the digital shows. Recognizing the opportunity to reach new fans and educate around SailGP, the digital shows will have a new look for Season 2 – including enhanced graphics packages, presenters and explainer videos – to bring the virtual racing to life.

Testing the format in the first of two invitational events to close out the season, the new show airs today and features Shay Thompson as the host. No stranger to the world of gaming, Thompson streams for Xbox Interactive, presents panels and podcasts for the British Academy of Film and Television Arts, and is the founder of Level Up Link Up, an event aimed to make the games industry a more diverse place.  She is joined by two expert commentators to guide fans through the racing: Japan SailGP Team flight controller Leo Takahashi and Canadian sailor, Olympic hopeful and Pan American Games gold medalist Sarah Douglas.

The first invitational brings together nine of the best eSailors in the world, representing eight nations. Included in the line-up is eSailGP champion O’Donovan, who will represent eSailGP at the forthcoming eSailing World Championship on November 7, alongside fellow competitor Kaan Mazlumca of Turkey.

SailGP Head of Content Jose Garnes said: “We have been really excited to see the progression and growth of eSailGP from our pilot event a little over a year ago in Marseille to now having nearly 150,000 unique players and 750,000 views across our platforms in our first year. It has been an exciting way to deliver live racing action during SailGP’s hiatus and shows us that there is a clear appetite and fan base that this content appeals to – whether they are participating in, or watching, eSailGP. Through our new show and format, we will continue to build interest in eSailGP and hope to convert some gaming fans to live sports fans and vice versa.”

On Tuesday September 21, the Monaco Yacht Summit will return to the Yacht Club de Monaco and will bring some of the...
Read more
Events

The state of health of the Mediterranean, the role of science diplomacy in supporting innovative and integrated policies for the protection of...
Read more
Events

The Rendez-V Marine, the event that since 2015 has brought together, by invitation only, Azimut Yachts owners and enthusiasts, is celebrating its...
Read more
Events

Eight years on and the annual Monaco Energy Boat Challenge has established itself as the big meeting for alternative greener propulsion systems,...
Read more
Events

Nautor’s Swan: a day to celebrate the Boat Building Tradition

Since the 18th century, the region of Jakobstad has become famous for its great boatbuilding traditions. The region is home to two...
Read more
- Advertisment -