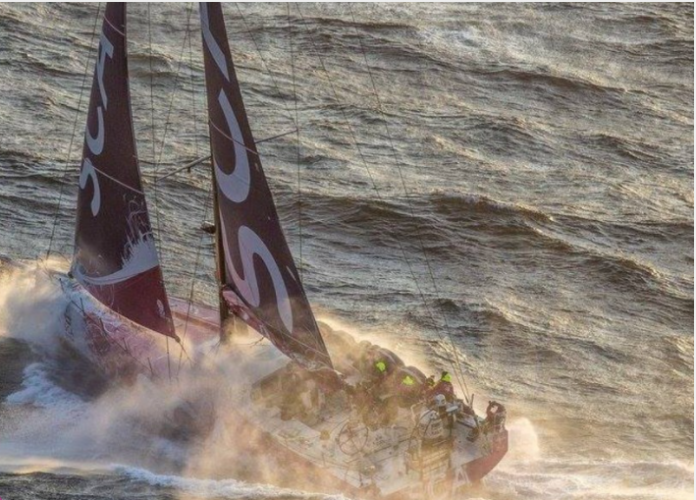 The Magenta Project was established by the team members of Team SCA, an all-female team, who campaigned in the 2014-2015 Volvo Ocean Race.
Through collective passion, the project aims to develop pathways and generate opportunities for women in performance sailing.

The inclusion of Mixed Events into the Olympic Sailing Programme has supported the growth of female participation. This is evident with the Nacra 17. The Ocean Race also saw each boat with female representation in the last edtion. What makes Offshore Sailing appealing to female sailors?

Abby Ehler (AE): It’s what makes Offshore Sailing attractive to any sailor; the adventure, the test of a team, the risk, the extreme conditions, the exhilarating sailing, overcoming adversity, the environment, but above all the challenge!

Elaine Penhaul (EP): In addition to Abby’s comments I would also say that the smaller teams in the mixed offshore means every woman taking part is an equal part of the team, which is not always the case in a bigger team where a female quota has been made mandatory.

What more can be done to boost female participation in offshore sailing?

AE: Most importantly, to understand the barriers that are inhibiting women from competing. The recent Women in Sailing Strategic Review extensively covers this area, as well as offering a toolkit and suggested initiatives to enhance gender diversity and increase participation by women and girls. These include: providing mentors, mandating races that must be helmed and/or crewed by women, actively encouraging more women into senior leadership roles of organisations, increasing the promotion of female sailors, and highlighting female role models, for example through social and traditional media, speakers on panels and at dinners, and in photographic and graphic work.

EP: To understand and clarify the pathways into offshore sailing. This isn’t always clear for any sailor – stepping from dinghies into keelboats or offshore has a fairly random pathway often punctuated as much by an element of luck as ability. These pathways need to be clear and financially supported, so that the women coming through to compete at this level are competent, experienced and credible. They need to be open to as wide a pool as possible in terms of diversity, including socio-economic diversity which has been historically challenging in sailing generally and more particularly in offshore racing.

Dee Caffari has signalled her intent on campaigning for Paris 2024. Do you think the Mixed Offshore event puts offshore sailors and sailing into the public domain more than it does now?

AE: The offshore discipline is without doubt more relatable to a wider audience. Going from A to B as in normally the case in an offshore race, as opposed to a windward leeward dinghy course where boats are travelling in different directions, is categorically easier to follow. There is also the human factor, which The Ocean Race exploited last race with sailors having the ability to post directly onto social media channels, therefore being able to express feelings, update on progress, explain strategies and so forth, ultimately putting the viewer in the hot seat. Therefore, with the continual media coverage via camera from the boats and the ease of understanding, I truly believe the offshore discipline will attract a greater public following.

EP: I agree with Abby re the ability in offshore events to capture the public imagination. Sailing at Olympic level has suffered from not being a tele-visual sport, and although this has improved in the last two cycles, I strongly believe the opportunities offered via social media and tracking in offshore events will make sailing far more accessible. High-profile sailors such as Dee being involved is good; there are relatively few sailors with high profiles compared with other sports. Fans like to follow people as much as they follow a sport.