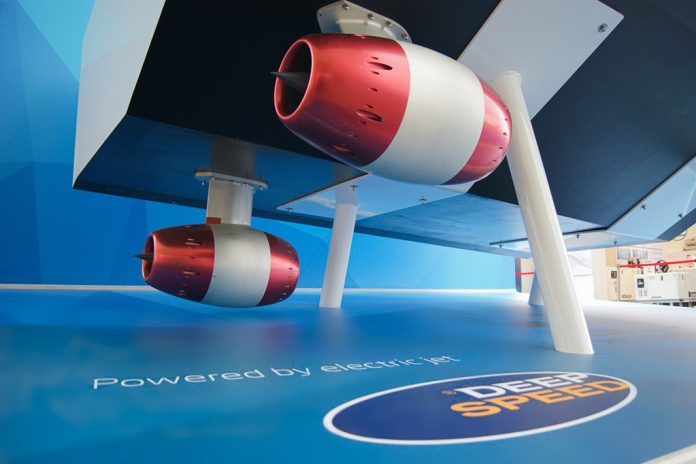 One year after the last crowdfunding campaig, which in about 10 days had exceeded the expected target of 450k (the startup collected 520K € and returned 70K € of surplus), SEALENCE is ready for a new round of financing, and this time it will be an “A series”.

Hence, this year history repeats, but definitely with more interesting premises. In addition to the technological and patent advances of the well-known DeepSpeed ​​electric jets – a few days the patent has been obtained in Australia – SEALENCE presented to the assembly a balance sheet that sees the startup’s capitalization increase from 2.1M € in 2019 to over € 13.5M, as a result of both the raising of capital carried out in the last 12 months and the effect of obtaining the value of the patent.

Even the corporate and governance structure is completely redesigned, the startup becomes an SPA and William Gobbo takes a step back from the position of sole administrator in favor of the introduction of a Board of Directors, as well as a Board of Statutory Auditors that will certify the next financial statements.

«All changes that I have introduced to guarantee the transparency to the startup’s shareholders who, also as a result of crowdfunding campaigns, become more and more numerous – William explains – These are all transformations made to facilitate discussions with Italian and foreign investment funds, which I have initiated over the past few weeks».

The startup is heading towards its next round of financing which will be an “A series” and, also here, there’s no shortage of suprises. The collection objective is important and has been set at € 7M, which in Italy represents a somewhat ambitious challenge, but what immediately catches the eye is that the value of the startup has been set by independent analysts at 33.5 million of euro, recording a decisive leap forward from the 8.7 M € estimated just a year ago.

«We expected it, and it had already been declared in the business plan presented 12 months ago. I am proud to note today that our daily efforts are also recognized by the finance market, as well as observing that those who have trusted us in the past months are already seeing an important evaluation of their investment – continues William – We are still at the beginning of our journey. We will make other important steps forward when the investment funds we are dealing with will be announced, as well as the expansion strategy for the coming years».

In fact, also this year part of the capital raising will be carried out through a new campaign that will be launched very shortly on the CrowdFundMe portal.

As William stated in the course of the various interviews released, raising capital via the internet is central to SEALENCE’s growth strategy and allows everyone to invest not only for financial purposes, but also to contribute to an initiative that primarily wants to reduce the emissions of pollutants and the CO2 released into our seas.

The capital raised will mainly be used to complete the development of the DeepSpeed ​​jets to start the commercialization at the beginning of 2022.

The plan also sees the strengthening of the team which, however, since January 2020, in full Covid-19 emergency, has seen the entry of nine other resources, mainly in the group of technical designers, bringing home very high engineering skills. Not least that of Eng. Marco Cassinelli, former Technical Director of MVAgusta, with a past in Alfa Romeo, Lamborghini, Audi and Maserati, who will fill the role of CTO.

The industrial plan also shows the completion of the patent strategy which provides for DeepSpeed’s patent to be filed worldwide.

But the news does not end there, we recommend subscribing the startup’s social channels because a lot of news will soon be communicated on the technological front and on that of important collaborations in increasingly exciting projects.

It will be also possible to invest from outside of Italy and to be kept updated it is necessary to subscribe on CrowdFundMe and follow DeepSpeed campaign at this link!