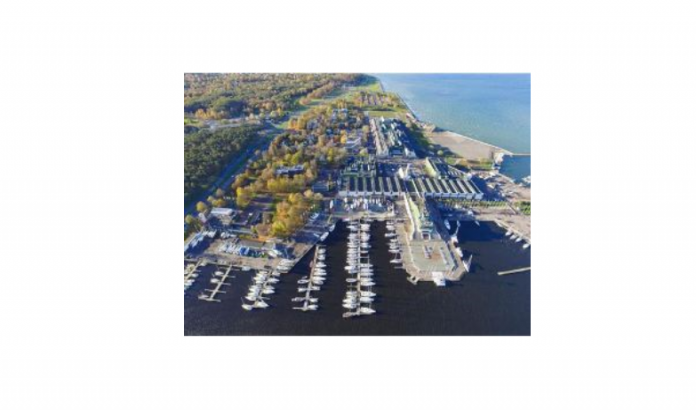 Organizers from Kalev Yacht Club and the Offshore Racing Congress (ORC) are pleased to announce the opening of entries to the ORC World Championship 2021 to be held over 6-14 August 2021 in the UNESCO World Heritage city of Tallinn, Estonia. Enthusiasm for this event is running high: already there are an astounding 86 entries from 9 countries pre-registered for the event.

As with all ORC Continental and World Championships, racing will be conducted in three classes based on the size and speed of the boats, with medals awarded in each of three classes: Class A, Class B and Class C. The racing itself will be a scored combination of short windward-leeward races as well as short and long distance racing held in the Bay of Tallinn and the Gulf of Finland, the eastern extremity of the Baltic Sea.

Teams with all-amateur crews are eligible for Corinthian prizes in each class, and for the first time there will be a National Team Trophy awarded to the top-scoring team of entries from each class that represent their country – eligible national teams must have at least one entry in each of three classes.

The 2021 ORC Worlds will be the second major ORC championship event held in Estonia, the first having been in Parnu, where the 2015 Volvo ORC European Championship drew 65 teams from 8 countries, setting a new participation record at the time. Enthusiasm for ORC racing in the eastern Baltic region has built steadily since then, with nearly 800 ORC certificates issued this year in the seven nations of this region.

“We have a long history of sailing traditions here in Estonia,” said Kalev Vapper, Commodore of the Kalev Yacht Club and President of the Estonian Yachting Union. “Our club was founded in Pirita, where our predecessors united the sailors into an association in 1820, and we hosted the 1980 Olympic regatta in Tallinn. We know how to organize regattas that will be remembered and offer participants satisfaction both at sea and on land.”

Estonia is also the home to numerous champions in ORC racing – Vapper himself was on the first Estonian Gold medal team at the 2014 ORC World Championship in Kiel, Germany, competing on Jaak Jogi’s X-41 Forte, winners of Class B. Since then teams from Estonia have had podium finishes in every ORC European Championship and also in the last two World Championships as well.

Among these are some favorites to watch at the Worlds in 2021, like Ott Kikkas’s Italia 11.98 Sugar, the reigning Class C World Champion. “We have not competed much since the Worlds in Croatia in 2019,” said Kikkas, “but at the Italian Championship in Crotone we came first in our class and we did the same at the 2020 Italian Championship in Gaeta. We expect tough competition from the national competitions in Tallinn next year and we hope to perform well ourselves.”

Another team is Aivar Tuulberg’s Katariina II, the two-time ORC Class C European champion. Tuulberg has had two boat types to claim these titles, an Arcona 340 and a custom Cossutti design, and is now racing with a Swan 42 of the same name in Class B.

“Estonian teams in ORC sailing are at the top of the game today in Europe and also the world, thanks to the fierce competition between the local teams in the Kalev Yacht Club,” he said. “Wednesday regattas and other races have been a training and breeding ground with increasing competition. Estonia has been given a great recognition to organize this top event in ORC competition. Kalev Yacht Club is a great host – just come and experience this hospitality and high level of organization both at sea and on land!”

Another team to watch is Arne Veske’s J-112E Matilda 4, the reigning 2019 Class C European champions who were on top of an all-Estonian podium at the 2019 European Championship in Oxelosund, Sweden.

“Unfortunately, we had to limit ourselves to local competitions in the 2020 season,” he said. “We participated in and won all the important regattas this year – the Kalev YC offshore sailing series for the SEIKO CUP, the Moonsund Regatta, and the ORC Estonian and Finnish Championship at the Baltic Offshore Week – except one, the Kalev YC Wednesday regattas. Both the yacht and the team are ready for the 2021 Worlds with high expectations – it will be clear once racing starts whether they will be realized. After all, all competitors are also making strong efforts. It will be a tight battle.”

“We are very encouraged by the strong interest and enthusiasm of our Estonian hosts and the teams they have built to be champions in the last few years,” said Bruno Finzi, Chairman of ORC. “The tremendous ORC Europeans event they produced in Parnu made it very easy to approve Tallinn as the site of an ORC Worlds. We look forward to the end of the pandemic and having this event bring back our annual pattern of ORC World and European Championship sailing back in 2021.”

The ORC World Championship 2021 will be organized by the Kalev Yacht Club in cooperation with Pärnu Yacht Club, Tallinn Yacht Club and Tallinn Olympic Centre TOPCity under the authority of Estonian Yachting Union and under the overall authority of the Offshore Racing Congress (ORC).