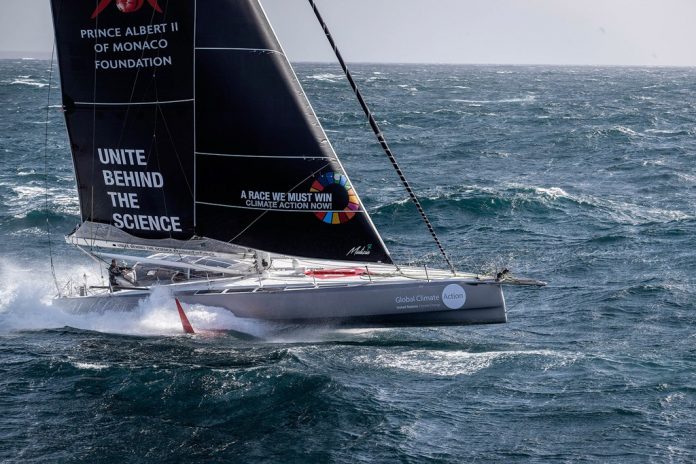 After the drama of Monday into Tuesday, the rescue of Kevin Escoffier, which affected everyone in the Vendée Globe fleet one way or another, spirits will be lifted as more boats pass the Cape of Good Hope and into the Indian Ocean.

German skipper Boris Herrmann (Seaexplorer-Yacht Club de Monaco) crossed at 0335hrs this morning. He is now in fifth place, chasing third placed Louis Burton (Bueau Vallée 2) and now Sébastien Simon (ARKEA PAPREC). Herrmann spoke yesterday about his role in the search for Kevin Escoffier and how he felt he would need some time to adjust back into full race mode. He has passed before on the Class40 Global Ocean Race before in 2008, on the Barcelona World Race in 2010 and in 2015 with Francis Joyon on IDEC SPORT, but this will be the most significant passage.

Burton is running the Anatarctic Exclusion Zone and has been doing well in stronger winds with a more direct route, some 250 nautical miles of Herrmann and Simon.  He has had to push hard on a close angle in a headed breeze before being able to gybe back to the north east.

A second depression is on its way for the leaders and so the south-westerly winds that this main group have had will give way to a north-westerly which will allow them to dive south to around 42 degrees south. This will be good for leader Charlie Dalin (Apivia) and Thomas Ruyant (LinkedOut) who follows him 200 miles behind. But Louis Burton’s route might see him catch more, even if it is rougher, more wind equals more sea, but further south also equals fewer miles to cover, so Burton clearly has made his choice….

It is still about 1,300 miles before they can dive further south, because of the icebergs spotted by CLS off the islands of Marion and Prince Edward, then the Crozet archipelago. These ice floes are the reason the Antarctic Exclusion Zone (ZEA) was moved north by Race Direction.

So from their 43 ° South the solo sailors would normally be able to dive under the Kerguelens nearly to 50 ° South but it seems unlikely they will because of the bad weather expected.

Meantim the second peloton are starting to anticipate their first southern depression: the group led by Arnaud Boissières (La Mie Câline-Artisans Artipôle) are descending fast down towards the Forties, and Armel Tripon (L’Occitane en Provence) on the fast Sam Manuard design his finally unleashing he horsepower on the cold front, smooth sea and sustained downwind conditions.  It won’t be easy to stay with this low as it pushes the high pressure towards the Cape of Good Hope.

As for the “Brazilians”, they can finally diverge from the coastal path and left turn towards the Indian Ocean they have a shorter, more direct route than their predecessors, but follow a narrow corridor above the front until the end of the week, zigzagging between the anticyclonic cells.