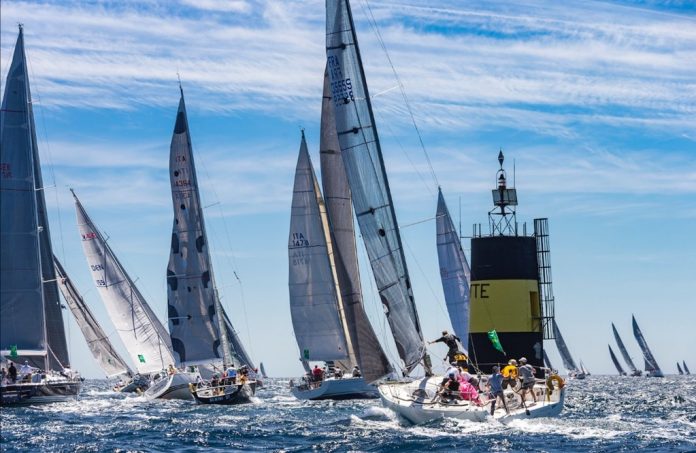 The Yacht Club Italiano has announced the dates on its sporting calendar for 2021. In addition to confirming all the classic regattas from March to October, 2021 also sees the return of two landmark events in the Club’s history: Genova Sailing Week, re-evoking the Genova International Regattas first held 133 years ago in the waters off the Lido d’Albaro, and the Portofino Spring Regattas – Splendido Mare Cup, scheduled for the end of April and for the first time by invitation, marking the return to the Gulf of Tigullio of Maxi Yachts made by the world’s leading shipyards.

YCI Sporting Director Jean Dufour commented as follows: “After such a challenging 2020, we’re now looking ahead confidently to the new year with a calendar full of races and regattas, further enhanced by the return of two of our most prestigious, traditional events. The Yacht Club Italiano’s activities, which are now virtually year-round, are unparalleled in the world of sport in terms of organizational capacity. Indeed, we stage races ranging from Optimists to Maxi Yachts, and all this is made possible also thanks to the proactive collaboration of the many local sailing clubs here in Liguria as well as the support of the Italian Sailing Federation and of Institutions which – never more so than in the last few months – have been extremely receptive to our sport. So it’s with great optimism that we present our new sporting calendar and we’re really looking forward to welcoming back to the sea all the yachting enthusiasts who’ll be taking part in our magnificent regattas!”
March
The Club’s commitments this year start with 3 weekends in March for the International Genoa Winter Contest. The first two (6/7 and 13/14) are reserved for the 420 –  470 – Laser 4.7, STD and Radial classes while the third weekend (20/21) is set aside for Optimists in the Cadet and Junior classes.
25 to 27 March sees the welcome return of Genova Sailing Week, based on the original regattas first held by the YCI. The first edition of the International Regattas, open to all classes, took place in the Gulf of Genoa from 4 to 16 April 1887 with 15 entrants.
It was to become an increasingly important event on the calendar with more and more participants from different countries competing for the highly sought-after Coppa d’Italia. As well as the International Rule metre-class yachts, fields included many classes such as Dragon, Star RORC and IOR. In the late 1960s, Genova Sailing Week became even more popular with hundreds of boats lining up each year to take part in what had become the official start to the yacht-racing season. The International Regattas will be back from 25 to 27 March 2021 and will be open to the ORC/IRC and classes.

April
From 10 to 16 the Mini 6.50 will be back for the Grand Prix d’Italie – Coppa Alberti, the classic offshore regatta reserved for this class of small ocean racers. In the last few years, passion for this the smallest of offshore racing boats has become something of a Genoese specialty. Another welcome return, scheduled from Thursday 29 April to Sunday 2 May, is the Portofino Spring Regattas – Splendido Mare Cup. After years without any large yacht racing in Portofino, the big racers are back in the Gulf of Tigullio – for regattas with admission by invitation for yachts of 60 ft plus – thanks to a partnership with the Belmond Splendido Mare, one of the most enchanting hotels in Portofino or anywhere for that matter, which has chosen the spring regatta as a novel way of celebrating the reopening of this renovated resort in the glamorous setting of the Ligurian Riviera.

May
Another busy month with Rolex Capri Sailing Week, organized by the Circolo del Remo e della Vela Italia with the collaboration of the YCI. The week starts in Capri on Monday 10 May, with the Maxi Yacht Capri Trophy, then competition continues with the Tre Golfi  offshore regatta and ends on Thursday 20 with the prize-giving for the 2021 ORC European Championship.
This is just in time for the start of one of the Club’s favourite races, the Bombola d’Oro – Siad Trophy, again in Portofino and a classic event of the yachting season for the Dinghy 12 class. These small boats will take to the water from 21 to 23 May.

June
June is the month of the Rolex Giraglia: this super classic starts on Friday 11 June with the race from Sanremo to Saint Tropez. Then 13, 14 and 15 are coastal racing days off the French Riviera resort, while Wednesday 16 sees the start of the offshore race on the classic 243-mile triangular route from Saint Tropez to Genoa via the Giraglia Rock. Rolex Giraglia week culminates with the prize-giving ceremony on  Saturday 19 June at the Club’s headquarters.

September
Saturday 18 September is the day of the Millevele regatta, which is becoming more and more popular every year; Genoa’s yachting parade, this annual showpiece event is open to craft of any size and is held as part of the city’s International Boat Show. Participants will race against each other and the clock in real time on the three new coastal courses from Genoa to Punta Chiappa.

October
16 and 17 October is the turn of the festive “Optimist youngsters”, with the premier dinghy worldwide for Under 16s adding joy and enthusiasm to the moorings at the Yacht Club Italiano and the Fiera di Genova exhibition centre during the final stage of the Optimist Italia Kinder – Joy of Moving Trophy. Thiscompetition attracts as many as 400 practitioners per leg, honing their skills on this the learner’s sailing craft par excellence. The young sailors are divided into two categories: 11 to 15 years old and 9 & 10 year-olds. The end of October – and of the yachting season – brings the Coppa Poggi, slated for Saturday 23 and Sunday 24. This is also a classic reserved for the 420 –  470 – Laser 4.7, STD and Radial classes, with this year’s edition coinciding with the D-One Italian Championship.

The regattas and other events are made possible thanks in no small part to the valuable support of the Yacht Club Italiano’s institutional partners: Rolex, main partner and official time keeper, the YCI’s institutional sponsor SIAD and its technical partners Gruppo Boero and Navico. Mention should also be made of the Club’s event partners: Splendido Mare, Iren, Slam, Veneziani Yachting, North Sails Sailmaking, Banca Patrimoni Sella & C and Sella Leasing.