Isabelle Joschke has been forced to abandon her Vendée Globe 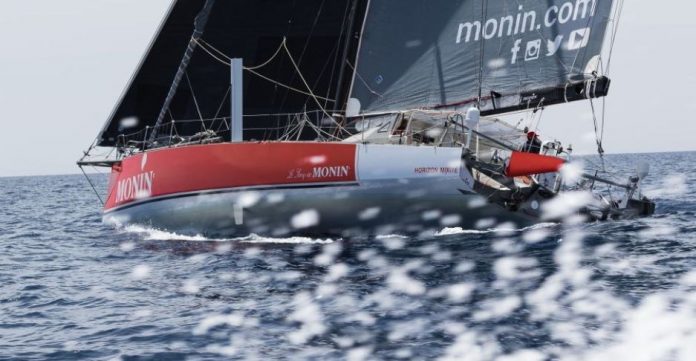 The Franco-German skipper Isabelle Joschke has been forced to abandon her Vendée Globe on the 62nd day of racing after a further failure of the keel canting system on board her IMOCA MACSF.

Joschke was lying racing in 11th place racing in difficult conditions, in 30-35 knots of wind in the South Atlantic some 1100 miles east of the Argentinian coast.

During the late afternoon today Saturday 9th January Joschke realised that the hydraulic cylinder which was holding her keel centred had failed. After the main keel canting system failed on January 3rd she had been sailing with the keel centred, held in place by this replacement ram. But the keel is no longer held centred. She immediately lowered the mainsail and was sailing under storm jib to keep the boat as stable as possible.

Alain Gautier, MACSF team manager, explained: “Isabelle is currently taking stock of the situation.  She has reduced speed completely to minimise the effect of the waves and to make sure water doesn’t get into the boat. The first problem is that she is sailing in the direction of the depression and conditions will deteriorate overnight. Tomorrow a shift in the wind direction should allow her to escape to the north-east to escape this low pressure, and flatter seas should make things easier. It is obvious that Isabelle can no longer continue with her Vendée Globe and will have to retire. We are in constant contact and are studying the various options with her for the next few days.”

On Sunday January 3, the of the hydraulic keel cylinder ram became detached from the keel head so  Joschke could no longer cant the keel. A false cylinder was put in place which fixed the keel in the vertical position and it was this cylinder which has now broken.

On the 1800hrs ranking Isabelle Joschke was in In 11th position, the first woman in this Vendée Globe fleet. She was having a remarkable race, going well In the main ‘peloton’ after dealing with each and every one of several technical problems. She has shown great determination and mental strength but this evening she is devastated to have to pull out of the race when she had sailed 21,224 miles of the race course and had just 5853 nautical miles to sail to the Les Sables d’Olonne finish line.