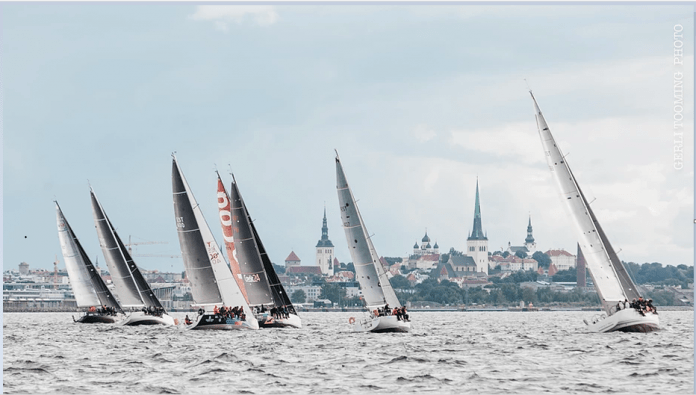 Organizers from the Kalev Yacht Club and the Offshore Racing Congress (ORC) have announced a change to the Notice of Race that will broaden participation in the 2021 ORC World Championship being held over 6-14 August 2021 in Tallinn, Estonia. Currently there are 120 entries from 14 countries that are divided into three classes, the largest turnout of entries at an ORC Wor ld Championship in five year since the 2016 ORC World Championship at the Royal Danish YC in Skovshoved, Denmark.

Due to this strong interest, organizers for the Tallinn Worlds have chosen to amend the Notice of Race to accommodate all existing and possibly even more entries since there is a capacity limit of 50 boats on each starting line. Currently Class A has 7 entries, Class B has 38 entries, and Class C has 75 entries, and World Championship titles are awarded in each of these three classes.

The NOR change would allow organizers to divide a class that has at least 60 paid entries by 1 June into two groups within the same class. A plan for heat scoring, if needed for a class being raced in two groups, would be published on 15 July.

“With all the events cancelled last year, the demand for championship racing this year is really high,” said ORC Chairman Bruno Finzi. “So, we want to accommodate as many as possible without also compromising the race management quality.”

Having been the site of the 1980 Olympic Sailing events and with sailing and iceboating being major and very successful watersports activities here ever since, the City of Tallinn is a major supporter of the 2021 ORC World Championship, investing more than €800K in total in this and other sporting events taking place in Tallinn this year.

Deputy Mayor of Tallinn Vadim Belobrovtsev noted that the city has a long tradition of supporting top international sports events. The 2021 ORC Worlds he said “Brings great recognition for the city and our sports federations and organizations, which are trusted to host such important and world-class sports event.”

Besides ORC and Kalev YC, other organizers of the 2021 ORC World Championship includes Pärnu YC, Tallinn YC in cooperation with TOP City Tallinna Olümpiapurjespordikeskus, and the Estonian Yachting Union.

This is not the first ORC championship held in Estonia: six years ago the city of Pärnu hosted the 2015 Volvo Estonia ORC European Championship.