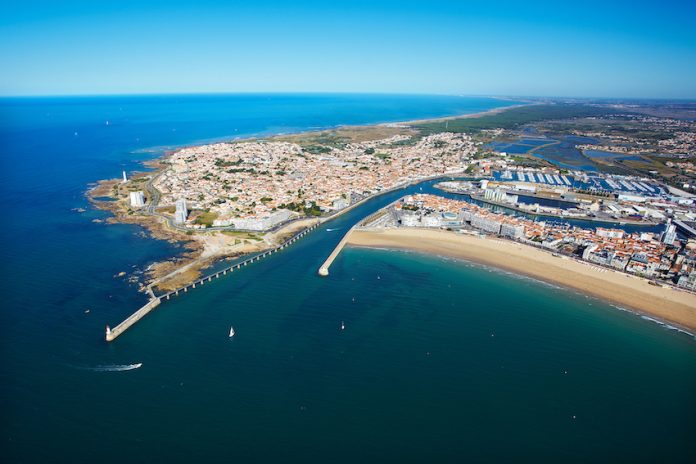 The 2018 GGR was a repeat journey into the unknow. The world had changed, but the world had never seen anything like it. 18 sailors set sail not knowing what to expect. We all held our breath and an international GGR Family followed day by day with genuine enthusiasm. Yachts were lost, stories were told and sailors everywhere were inspired. Some of the best sailors on the planet had lined up at the start in Les Sables d’Olonne. So too did the dreamers, just as they did in 1968.

Unlike the first edition, our Notice of Race was considered by French Maritime Authorities as the best for any yacht race ever to sail from this country and the Security Arrangements appropriate for the challenge.

Les Sables d’Olonne Press Conference to launch the 2022 GGR and feature the Vendee Globe and Mini Transat all starting from Les Sables.

10 months after the start, Tapio Lehtinen the last of only five sailors to complete the journey, crossed the finish line creating history once again. Jean Luc Van Den Heede, one of the great sailors of our time, won the 2nd Golden Globe. He was 73yo. and has been a beautiful dreamer his entire life! Like all entrants, his voyage was filled with drama and courage in the face of real adversity. It was tough! Very tough. He was at sea for 212 days totally alone, the equivalent of three Vendee Globes. His final VDH journal has and continues to inspires a new generation of sailors, as did his previous five solo circumnavigations of the Globe.

The GGR is unique and has established once again the core principles of that first in 1968 edition. Open to sailors young and old it is affordable in 32-36ft strong, recycled, seaworthy yet simple yachts. There is No technology, No satellite comms or GPS, No autopilots and only cassette tapes for music. The GGR is the ONLY solo race around the world with Absolutely NO Outside assistance of any kind.

The GGR is NOT a flying 10-week sprint around the Globe. It is a gruelling demanding and daring marathon. You could fly to Mars quicker than completing the GGR! Entrants spend more time in the Southern Ocean than most current races take to circumnavigate. There are no SKYPE calls home to family for psychological support, or engineers for advice. The GGR is total isolation on a grand scale. It steps back to a simpler time, where the sailor relies entirely on themselves for their own destiny.

This challenge is not for everyone. It’s serious. Only the best will finish. Question? IS it the toughest Solo Non-stop race around the world? Who cares? We know it is seriously tough with no comparisons. Yet it is a beautiful and simple Challenge. It takes a special sailor to even consider it possible. Those that finish in 2023 will again make history!

Today 28 entrants from 11 Countries have signed for the next edition. The British want the Golden Globe back! They are sending 8 sailors to recover it. Australia sends 6 entrants. We are excited to welcome # Damien Guillou and PRB to the GGR in the last few days, leading the three French entrants who will attempt to retain the Golden Globe trophy. New Zealand sends # Graham Dalton brother of Americas Cup winner # Grant Dalton, who is sailing JL VDH 2018 R36 Matmut, # Tapio Lethinen from 2018 GGR sailing “Asteria” covered with Barnacles returns with a plan to win. # Captain Coconut, Mark Sinclair also from 2018 returns with unfinished business. Our only woman entrant # Kirsten Neuschafr from South Africa is a sailor with the experience to win and a yacht that could actually do it! Our youngest is 26 yo. American # Elliott Smith and Oldest at 79, the indomitable multiple solo circumnavigator # David Scott Cowper from the UK. Only Four SUHAILI Class entries are still available to sailors hoping to join the 2022 GGR.

“As organisers we learnt a lot from the last edition of the GGR”. said Don McIntyre, GGR Founder and race Chairman. “There have been changes and one of the biggest is a new start date Two months later than 2018 placing the fleet more favourably in the Southern Ocean. Safety and security standards remain high and sailing qualifications have been increased. The best is overall media coverage will be substantially upgraded”.

# A new 2-hour time penalty for every litre of fuel consumed during the race will be added to finishing times. This encourages all entrants to focus on Solar, Wind and Water power generation. Our world first WASTE MANAGEMENT plan for all entrants in the 2018 GGR will remain.

# For the first time Expanded MEDIA ACCESS to GGR skippers With Entrants receiving two direct satellite phone interviews from any media outlet, every week while racing. The possibility of sending satellite photos from entrants to Race Control is being investigated. A third Video film drop for live interviews is also scheduled for Cape Town, South Africa before sailors’ head into the Southern Ocean and a fourth may be established after rounding Cape Horn.

# A planned comprehensive Media Production and Global TV distribution plan will send the GGR story to millions of families around the world.

On July the 1st 2018, crowds that gathered on the famous Les Sables river cheering our GGR sailors witnessed something special. But they could never have imagined what lay ahead. The Golden Globe is personal, even romantic and centred on the sailor. Nothing else matters. It is seriously a human story, not the boat, not technology and not the money that creates the winner and it’s all about the stories.

On Sept 4th next year once again, these special sailors will set out on an adventure unique to this planet. They are all volunteers in what is now recognised as the longest, loneliest, slowest race and most daring challenge for any individual in any sport.