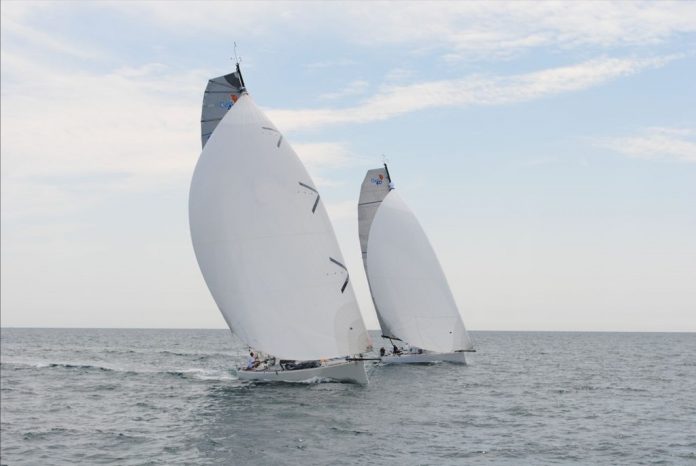 It’s been 15 weeks since the Global Solo Challenge 2023-24 was announced and the latest two entries bring the total to 15 confirmed entrants adding to the buzz around the event.
The latest entries are both adrenaline-fuelled Class40 racing boats and will be among the last to start. The unique pursuit format of the GSC will see all boats of whatever size and type competing on the water on level terms. It will be fascinating for participants and spectators to see if the faster boats can make up enough ground on the earlier starters.

Full details of the two new entries will be published as soon as the skippers have completed their media packs and interviews.

One of the new entries will also be hoping to establish a new world record for the fastest 40 footer around the world. The existing record of 137 days was set by the late Guo Chuan of China (photo above) and remains unbeaten since 2013. The Global Solo Challenge can provide the perfect setting for any such attempt.
Over 200 enquiries now received
Interest in the event keeps growing steadily. Over 200 skippers have now enquired about taking part with the french topping the list in terms of the number of enquirers.

““When I look at my spreadsheet and all the emails I exchange with potential entries it seems that these 15 confirmed entries are just the tip of the iceberg,” commented Event Director Marco Nannini. “Several more have informally confirmed their intention to be part of the Global Solo Challenge, others are on the market for a suitable boat, some are quietly preparing for their qualifying passage – it’s going to be fantastic!””
New event partners and international media
The excitement around the GSC is developing on all fronts, with several partnerships announced in the past weeks. An international media agreement is being defined to deliver an engaging event for all.

Sponsors interest
Confidential presentations are being exchanged with several companies, some with a history of sponsorship in sailing. With 2 and a half years still to go before the event, it’s still early days.
Global Solo Challenge: a unique format
The format is unlike any other round the world solo sailing event and will make it fair and exciting for the Skippers as well as easy and engaging for the public and sponsors to follow:

Boats will be grouped by performance characteristics and set off in successive departures over 8 weeks.

Once at sea, there are no classes. All boats will be sailing the same event. The faster boats will have to try to catch up with the slower boats, the pursuit factor creating competitive interest aboard and a fascinating event for the public and sponsors.

The first boat to cross the finish line wins. The performance differential between the boats is taken into account in staggering the departures, eliminating the need to calculate corrected times.
All entries will have a chance of winning – dramatic from beginning to end

It will feel quite daunting and emotional to be among the first skippers to set off. Equally it will be nerve wracking for those with a long wait before their departure.

The last skippers to set off will have to keep cool waiting for their turn to start the chase.

The faster boats will need to sail fast and well to make up for the head start given to the slower groups.

It will be the ultimate enactment of the tale of the tortoise and the hare, with steady cruisers being chased by performance thirsty skippers on faster boats.