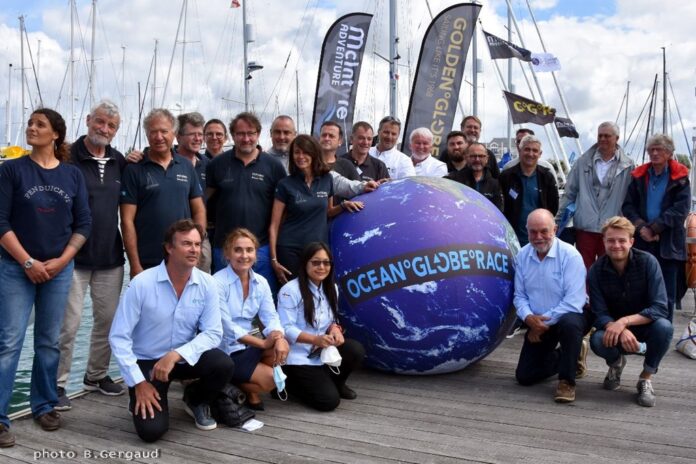 On June 29, organizers, partners, media and entrants were delighted to finally meet in person on the occasion of the OGR Conference in Les Sables d’Olonne, home port of iconic ocean races, such as the Vendée Globe, Golden Globe Race and Mini Transat.

France, home country of major sailing events, provides the biggest contingent for the inaugural edition of the OGR, just like it did 50 years ago with 30% of the fleet in the original Whitbread Round the World Race.

-High-tech boatyard Multiplast owner, Dominique Dubois will take a break from building the fastest IMOCAs aboard his Swan 651 “Futuro” with a crew of family and friends.

-Arnaud Lizop, a Tabarly crew on Pen Duick in 1973, will compete aboard his S&S 55 Nakamal against two other Swan 55, the British entry Ariana and Tapio Lehtinen’s Galiana