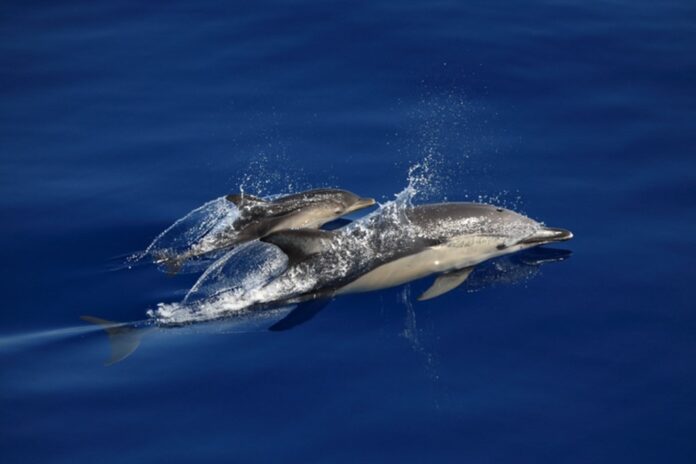 From the 20th to the 23rd of July, One Ocean Foundation will be in in Sardinia for the positioning of three acoustic receivers in the Caprera Canyon supported by the “Leonardo” of the Center for Maritime Research and Experimentation (CMRE).

The recorders, cutting-edge instruments specially made for the project, will remain active for three months and will be positioned in depth, about 200 m above the seabed, constantly recording sound waves emitted by cetaceans with the aim of tracing the presence and the distribution of these mammals.

Acoustic monitoring is part of a series of scientific research activities that will allow to collect further evidence of the presence of cetaceans and to enhance the ecological importance of the area.

Research results promote of solutions for the mitigation of the anthropogenic impact on cetaceans living in the habitat, including noise pollution caused by the passage of commercial ships.

Canyon of Caprera an offshore sanctuary in the heart of the Mediterranean
Since 2019 One Ocean Foundation is committed to support research activities in the Caprera Canyon, considered the area with the largest submarine canyon system in the northeast of Sardinia, in the central Tyrrhenian Sea.

The Canyon is characterized by a large density of pelagic fauna; the site hosts 7 of the 8 species of cetaceans usually present in the western Mediterranean, some of which are considered particularly rare.

The main goal of this project is to develop scientific evidence in order to protect the Caprera Canyon area, currently recognized as an Area of ​​Interest (AoI),  promoting it to Important Area for Marine Mammals (IMMA).

To pursue this aim, One Ocean Foundation has chosen to support and coordinate itself with important research bodies and universities, to collect scientific evidence on critical information on ecology and cetacean distribution: the CMRE centre of La Spezia, Insubria University, the CNR and SEAME Sardinia association.

These underwater canyons are considered important hotspots for several species of cetaceans, thanks to underwater currents that favor the transport of nutrients and of numerous preys which are the base of the food chain.

Cetaceans are recognized by the EU Marine Strategy Framework Directive as essential components of ecosystems and highly linked to their health, as, being large predators, they can greatly influence the structure of marine ecosystems. However, there are many problems caused by human activities that have a great impact on cetaceans and, to mitigate the consequences, accurate knowledge of the distribution and abundance of these animals is required.

1. Acoustic monitoring
Cetaceans use sound, which propagates better than light in water, to navigate, communicate and to echo locate and hunt preys underwater. One Ocean Foundation, in collaboration with the CMRE center in LA Spezia, will position 3 sound recording devices in strategic points of the Caprera Canyon area, to monitor the presence and distribution of deep-diving mammals (ex: beaked whales). Results of these research will allow to better understand the use of the habitat by cetaceans as well as to conceive solutions to mitigate the impact of anthropogenic noise on cetaceans.

2. Environmental DNA analysis
One Ocean Foundation collaborates with the University of Insubria to develop genetic detection of cetaceans. This technique is based on the collection of sea water samples and analysis of environmental DNA, intended to describe the temporal distribution of the biodiversity of cetaceans in the Caprera Canyon area. This is a non-invasive monitoring tool, as the physical presence of the organism is not necessary.

Sampling at the Caprera Canyon

3. Visual survey
One Ocean Foundation supports SEA-ME Sardinia Onlus, non-profit organization whose mission is to protect cetaceans in the Mediterranean Sea and that implements visual monitoring activities to gather scientific data on the presence, abundance, distribution and movements of cetacean in the area of the Caprera Canyon. These investigations are carried out through sightings on linear transects, photo identification studies and counts of animals that pass in specific geographical points, completely non-invasive observational methods which employ observers specialized in marine mammals.