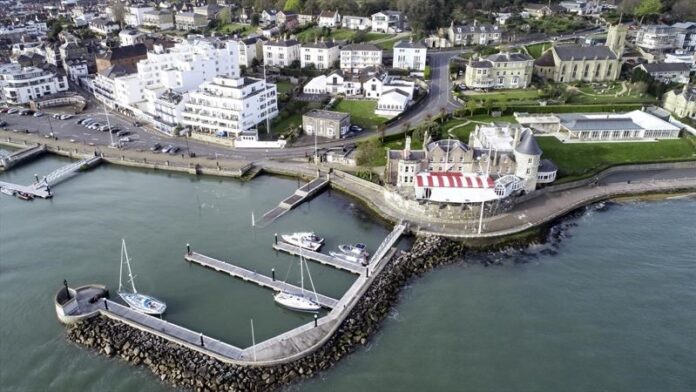 The J/70 has become the most prolific sportboat in the world with 1500+ boats sailing in 25+ countries. One of the largest, and most competitive fleets, is in the UK. Numerous past world and continental J/70 champions race in the fleet. America’s Cup, Olympic and World champion sailors will be in action, as well as passionate Corinthian crews. The reigning Open and Corinthian UK National Champions will be fighting to retain their titles in a highly competitive fleet. The J/70 UK National Championships has added emphasis as a non-discardable regatta for the UK Grand Slam Series. The results of the 2021 season will decide who will win the right to compete at the 2022 Worlds at the Yacht Club de Monaco.

Nick Phillips’ Chaotic leads the Open 2021 Grand Slam Series after five rounds having won both the Cowes Week mini-series and the Royal Southern YC July Regatta. Chaotic will be looking to score a hattrick of victories in the Nationals. Paul Ward’s Eat, Sleep, J, Repeat, winner of the J-Cup, is second for the Grand Slam Series. Eat, Sleep, J, Repeat returns to domestic action, having come sixth in the World Championship in the USA and second in the European Championships in Denmark. Martin Dent’s Jelvis is third for the UK season, scoring podium finishes in three rounds of the Grand Slam Series. Jelvis was in fine form for last weekend, scoring five straight bullets in the Hamble One Design Championships.

Charles Thompson’s Brutus is the top Corinthian team for the 2021 Grand Slam Series and is defending their Corinthian National title. Thompson’s team competed in the Worlds in USA and the Europeans in Denmark, coming ninth and third respectively. Patrick Liardet’s Cosmic is the second Corinthian team for the UK, the highlight of their season so far was winning the division for the J-Cup. Tim Collins EV Experts has been in great form this season and is currently third Corinthian boat.

Several teams in the top ten for the UK Grand Slam Series will be looking to climb the leaderboard. John Greenland’s Woof in the Open Division will be hoping for a good result to cement their chances for a place in next year’s world championship. In the Corinthian Division, Dave McLeman’s was second for Cowes Week and can break into the top three Corinthian boats with a good result in the Nationals. Johnathan Calascione’s Calypso has won two regattas this season in the Open Division. Calypso was in fine form last weekend as top Corinthian boat in the Italian Nationals. Brian Denney’s Jalapeno is arguably the most improved team for 2021, currently tenth in the Open Division. Doug Struth’s DSP and Simon Patterson’s Standfast can also be counted amongst the championship front runners.