Home Nautic Life Design Is one of the biggest Lego models ever: the new 9,090-piece ‘Titanic’
Nautic LifeDesign 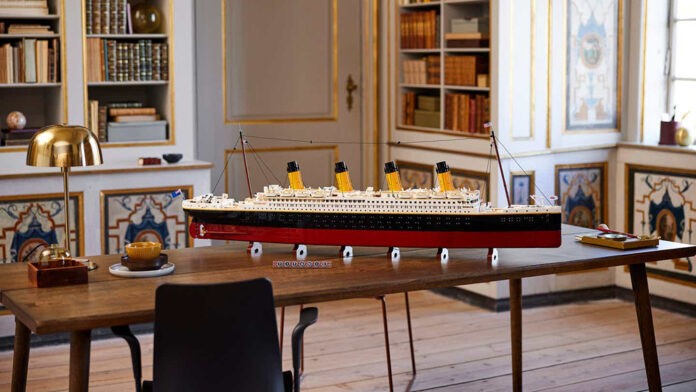 t’s been 110 years since the RMS Titanic was launched in Belfast, but the ill-fated cruise liner is still setting new records—by proxy, at least.

An authentic 1:200 replica of the famous ship is now one of the longest and largest Lego models ever released. Comprised from some 9,090 pieces, it spans more than 4.5 feet from tip to tail. That’s obviously quite a bit smaller than the actual 883-foot vessel, but impressive nonetheless.

The Titanic model is second only to the Lego Art World Map. This is technically Lego’s biggest set and features 11,695 pieces that connect to create a giant global map for the wall. Third spot is occupied by the Lego Colosseum, which is a 9,036 pieces recreation of the most iconic amphitheater in history. 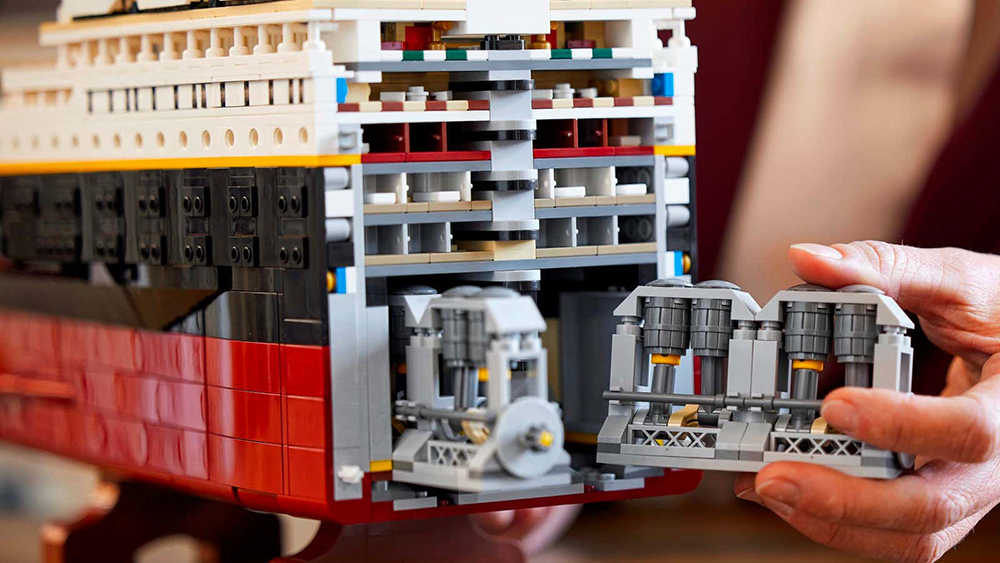 The model separates to show a detailed cross-section of the ship. Lego

Size isn’t all that matters, though. The Titanic was known for its unrivaled grandeur and glamour, both of which have been artfully captured in the set. The multi-deck replica actually breaks into three parts to show an exceptionally detailed cross-section of the cruiser. The lavish interior comes complete with all the areas made famous in James Cameron’s 1997 flick Titanic, including the grand staircase, the smoking lounge and the boiler room.

The elaborate exterior, meanwhile, sports swimming pools, lifeboats and cargo cranes, along with functioning anchors that can be lifted and lowered. The removable supersized engine has moving parts, too. When placed inside the ship, the pistons move up and down as the ship’s propellers spin.

“At the time of its launch the Titanic was the pinnacle of nautical engineering, the largest moving vehicle ever created,” Mike Psiaki, design master at Lego, said in a statement. “It has been an incredible journey to recreate this iconic vessel from LEGO bricks, using blueprints created over a century ago.”

The best part? You can add the mini Titanic to your very own fleet. The model will be available starting on November 8 for the not-so-small fee of $630. Hey, still a bargain for your very own luxury liner.

Check out more photos below: 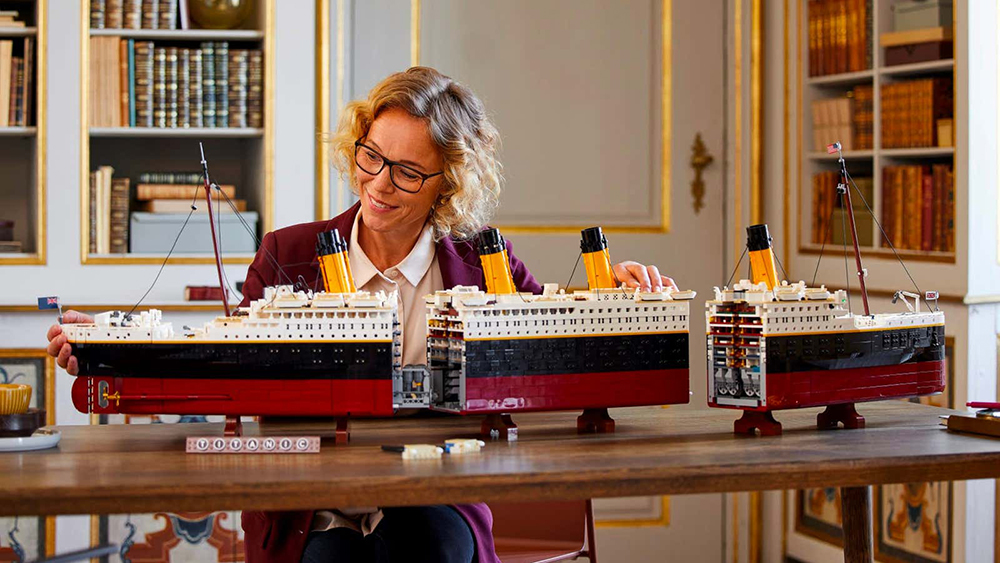 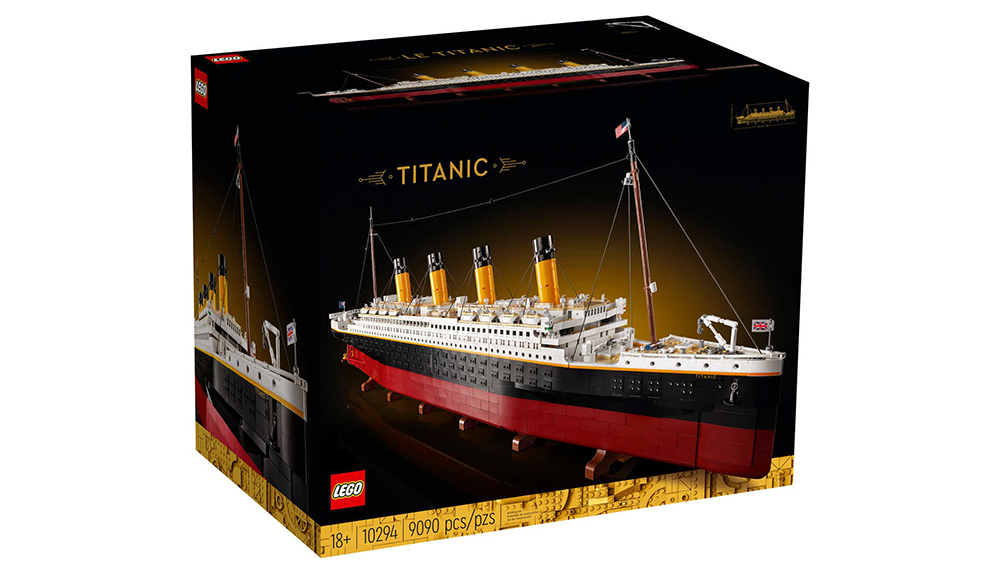 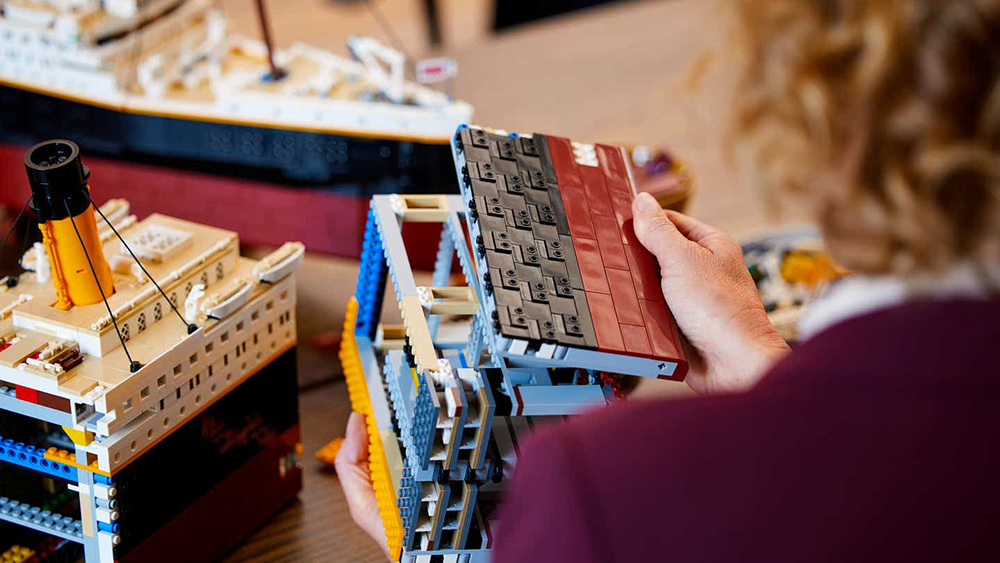 Darnet Design – passion for the deep at the atomic level

Darnet Design is proud to announce that the owner of 64m Atomic has taken delivery of the ABSclassed superyacht, built by VSY...
Read more
Design

The hybrid vessel, which was penned in partnership with Lateral Naval Architects, spans an imposing 213 feet and sports a truly singular exterior characterized by...
Read more
Design

If Star Wars played out on the seven seas, Yeojin Jung’s Estrella superyacht concept would certainly have a starring role. That’s because the young South Korean designer’s...
Read more
Design

You know how you can grow to like the interior of your Bentley Continental GT V8 Coupe so much that you’d want...
Read more
- Advertisment -